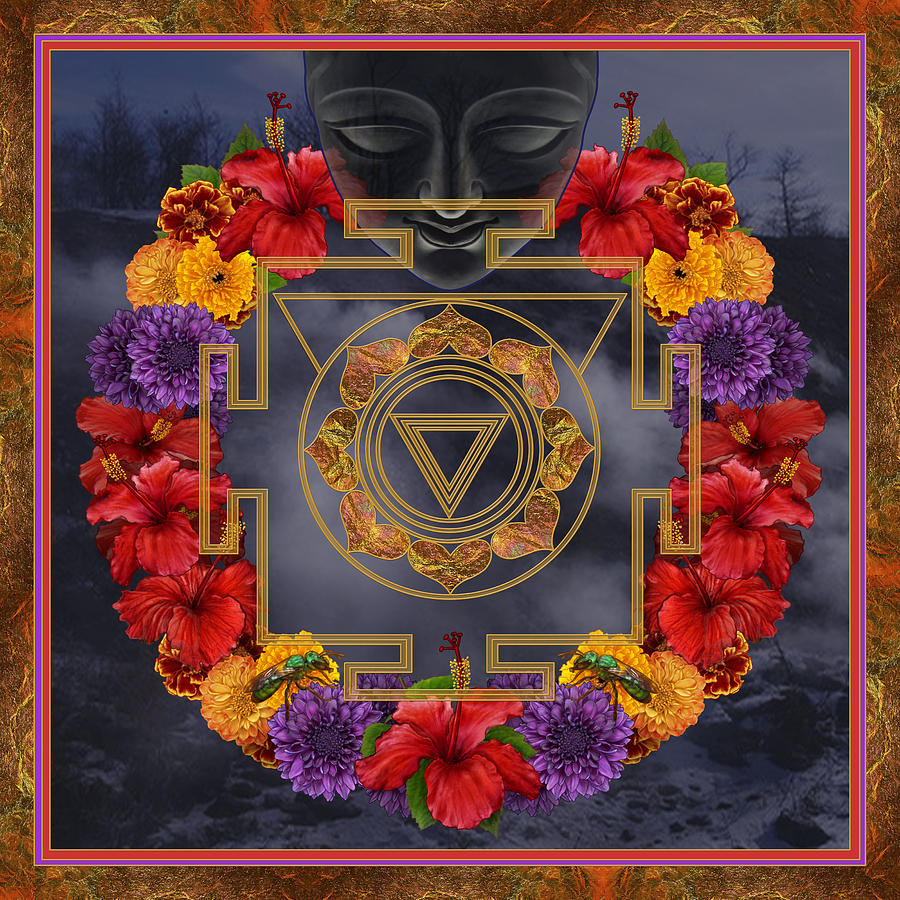 Flowers for Kali Ma is a piece of digital artwork by Nadean OBrien which was uploaded on May 5th, 2013.

Origins of the Hindu goddess Kali are believed by scholars to be lost in the pre-historical Dravidian tribal culture of India. Folklore tells of a... more

Origins of the Hindu goddess Kali are believed by scholars to be lost in the pre-historical Dravidian tribal culture of India. Folklore tells of a dark female deity representing the powerful destructive and reproductive forces of nature. Over time, she has evolved into the Vedic warrior daughter of Durga and the disheveled "Kali the Terrible" standing with tongue out over a prostrate Lord Shiva. To enlightened worshipers and devotees, Kali is a loving and protective mother. Her wrath is symbolic warfare against our inflated human egos and mistaken notions of self-importance that are a barrier to true spiritual growth or awareness. It is in this capacity that the energy of Kali and her mantra play an important role in the practice and rituals of Tantric Kriya Yoga today.

The much celebrated Durga and Kali Pujas of Bengal that are held in accordance with the lunar calendar around October/November coincide with Diwali and the worship of Lakshmi, Goddess of Wealth, throughout the rest of India. Elaborate pandals (temporary decorative scaffolding) serving as temples for beautifully crafted clay statues of the deities appear on almost every street. The stalls of flower vendors are heaped high with garlands of fresh flowers, Kali's favorite being the red hibiscus blossom as well as marigolds and chrysanthemums. At festival's end, the clay idols are taken in procession amid loud chants and drumbeats to the river and cast into the water, symbolizing the departure of the goddess to her respective home and husband.

Kali's home is the cremation ground, a place most of us would not like to visit. However her dwelling place represents the heart chakra. It is the fire of unconditional love burning in our hearts that purifies and transforms emotions such as anger, resentment, fear, jealousy, hatred, and so on. When viewed in this light and experienced through the mystery of the mandala, the cremation ground has a whole new meaning. Finally, there are always faithful guardians in my paintings, this time a pair bright green beetles. These lowly creatures of nature spend most of their lives grubbing in the dirt, but on occasion realize they have the capability to fly.

Congratulations on your new sale Nadean

Great mandala! Congrats on your sale!

Thank you for your comments and congrats!