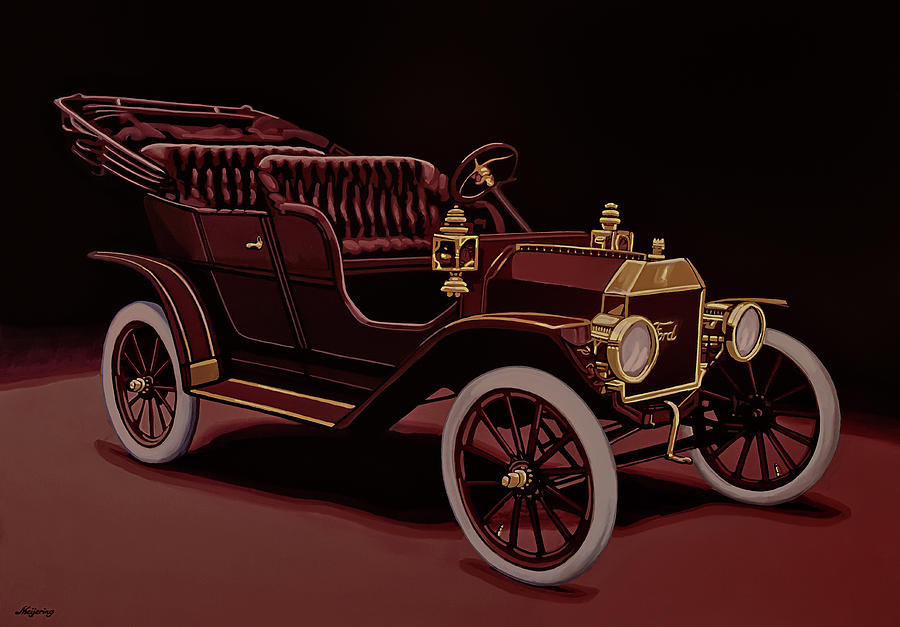 Ford Model T Touring 1908 Painting is a painting by Paul Meijering which was uploaded on October 26th, 2017.

Realistic acrylic painting of the Ford Model T Touring, painted by the Dutch fine artist Paul Meijering - the Original painting is 90 x 120 cm and for sale

The Ford Model T (colloquially known as the Tin Lizzie, Leaping Lena, or flivver) is an automobile produced by Ford Motor Company from October 1, 1908, to May 26, 1927. It is generally regarded as the first affordable automobile, the car that opened travel to the common middle-class American; some of this was because of Ford's efficient fabrication, including assembly line production instead of individual hand crafting.

The Ford Model T was named the most influential car of the 20th century in the 1999 Car of the Century competition, ahead of the BMC Mini, Citroën DS, and Volkswagen Type 1. Ford's Model T was successful not only because it provided inexpensive transportation on a massive scale, but also because the car signified innovation for the rising middle class and became a powerful symbol of America's age of modernization. With 16.5 million sold it stands eighth on the top ten list of most sold cars of all time as of 2012.

Thank you so very much, Lori, for your support and the feature in your amazing group!!;-))...