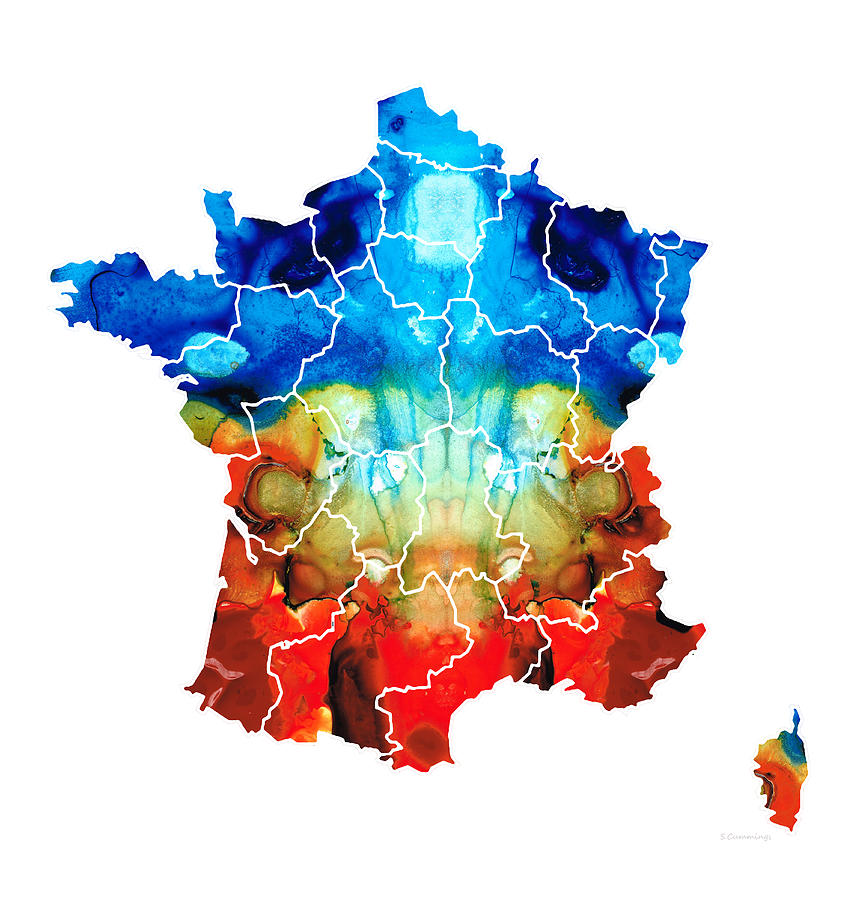 France (UK: /ˈfrɑːns/; US: Listeni/ˈfr�ns/; French: [fʁɑ̃s] ( listen)), officially the French Republic (French: R�publique fran�aise [ʁepyblik fʁɑ̃sɛz]), is a sovereign country in Western Europe that includes overseas regions and territories.[note 13] Metropolitan France extends from the Mediterranean Sea to the English Channel and the North Sea, and from the Rhine to the Atlantic Ocean. It is one of only three countries (with Morocco and Spain) to have both Atlantic and Mediterranean coastlines. Due to its shape, it is often referred to in French as l�Hexagone ("The Hexagon").
France is the largest country in Western Europe and the European Union, and the third-largest in Europe as a whole. With a total population of around 66 million, it is the third most-populous European country. France is a unitary semi-presidential republic with its capital in Paris, the nation's largest city and the main cultural and commercial centre. The current Constitution of France, adopted by referendum on 4 October 1958, establishes the country as secular and democratic, with its sovereignty derived from the people. The nation's ideals are expressed in the Declaration of the Rights of Man and of the Citizen, one of the world's earliest documents on human rights, which was formulated during the seminal French Revolution of the late 18th century.
France has been a major power in Europe since the Late Middle Ages. It possessed the second-largest colonial empire during the 19th and early 20th centuries. This legacy is reflected in the prevalence of French language, culture, and jurisprudence worldwide. Throughout its long history, France has produced many influential artists, thinkers, and scientists, and remains prominent global centre of culture. It hosts the world's fourth-largest number of cultural UNESCO World Heritage Sites, drawing around 83 million foreign tourists annually � the most of any country in the world.[6]

What a gorgeous map of France. I love the red and blue and green and yellow. Wonderful shades of all these colors and perfect for this abstract piece.

love the way you do these pieces Sharon - so electric and exciting! v/f google+/stumble/pinterest

France is looking vibrant and beautiful is this lovely addition to your map series!

Impressive addition to your gorgeous MAP series ~ and one of my favorite to date - great work Sharon!

love the color flow across the counties.. nicely done Sharon!

I love how soft and muted the colors are in the heartland and the patterns one can see - almost an impression of a skeleton. Amazing work Sharon. F/L T P

Yet another piece of your wonderful map series, Love the bold, bright, beautiful colors!