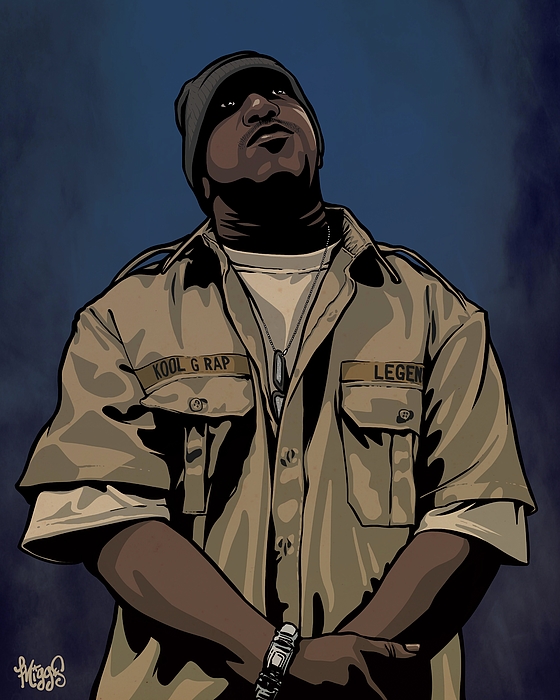 by Miggs The Artist

The kool genius of rap Kool G Rap is on some people's Mt. Rushmore of hip-hop. His super lyrical style was the inspiration for later legends such as... more

Congratulations on your new sale!

Perfect looks exactly as the picture. This is a beautiful design.

This Juli Scalzi Bull Elk shower curtain is a perfect fit to my home in the mountains of British Columbia Kootenay region. In fact, I liked it so much I bought a second one.

What a great piece of art. My friend has asked that I bequeath this shower curtain to him in my will he likes it so much. Instead I will just order another one for him.

The "kool genius of rap" Kool G Rap is on some people's Mt. Rushmore of hip-hop. His super lyrical style was the inspiration for later legends such as Nas, Jay Z, Eminem, Big Pun and others. He also pioneered the "mafioso" rap style, fusing gangster rap with elements of a lavish lifestyle. Representing Corona, Queens, G Rap was a part of the supergroup The Juice Crew alongside Big Daddy Kane, Biz Markie, Craig G, Masta Ace, MC Shan, Roxanne Shanté, Marley Marl and others.

About Miggs The Artist

The "illest illustrator", Miggs creates stunning, unique masterpieces that look great on the wall, the floor, in the bedroom or the kitchen. All his art is hand drawn with a tablet and stylus in Photoshop.