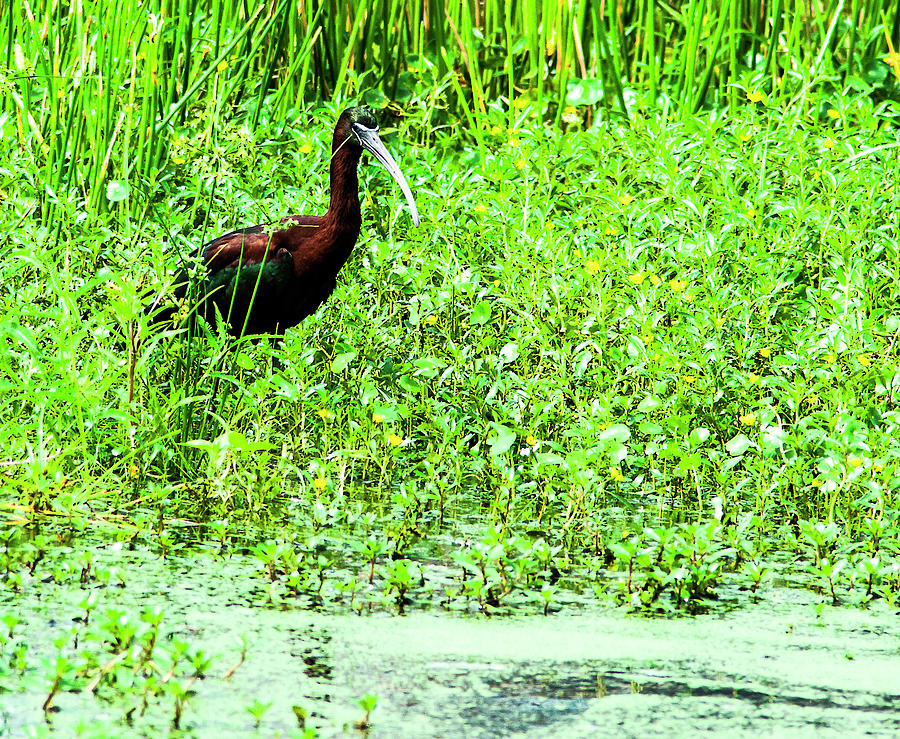 Gloossy Ibis In The Marsh is a photograph by Norman Johnson which was uploaded on April 15th, 2018.

Gloossy Ibis In The Marsh

A glossy ibis wading in a marsh in Riverview, Florida.... more

Gloossy Ibis In The Marsh

A glossy ibis wading in a marsh in Riverview, Florida.

The glossy ibis (plegadis falcinellus) is the most widespread Ibis species in the world inhabiting the warm regions of Europe, Asia, Africa, Australia, North America, Central America, South America, and the Caribbean. It likes wetlands, swamps, bottomlands, mangroves, flooded plains and fields, as well as freshwater and saltwater marshes.

The glossy ibis is a tactile forager eating mainly insects and crustaceans that is finds by probing with its long down-curved bill in shallow water and soft soil. It also eats some small fish, lizards, snakes and nestling birds. It also eats seeds like rice at times when it is plentiful.

I'm really glad you like it Scott. Thank you very much for the feature in the group "FAA Portraits - Birds."