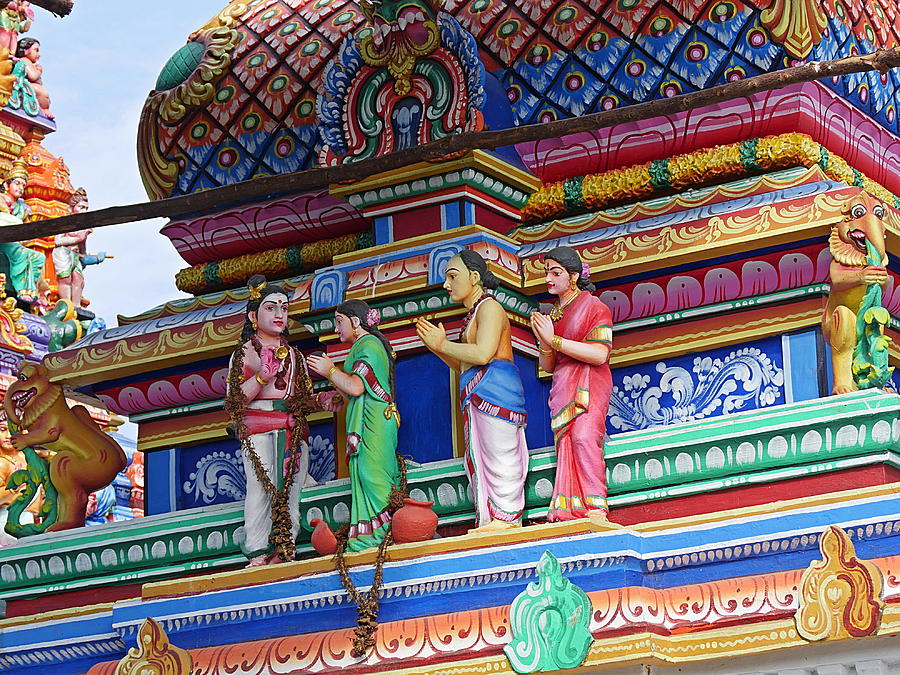 Gods above VIII - Kapaleeshwarar Temple, Mylapore is a photograph by Richard Reeve which was uploaded on February 27th, 2017.

Hinduism, the major religion for the Indian subcontinent, has thousands of gods that are worshiped. These myriad deities fall within the trinity of major gods, Shakti (Devi), Vishnu, and Shiva.

Shakti, or Devi, is the creator and changer; Vishnu is the preserver, or protector; and Shiva is the god of destruction. Of course, each god has many other minor deities associated with them. Too many to list, in fact as some can be very specific indeed. This makes Hinduism a very personal religion, whilst existing in a larger framework. There are many temples throughout the city of Chennai dedicated to various deities and they are usually very colorful. One of the oldest is the Kapaleeshwarar (Kapaleeswar) temple in Mylapore, which is dedicated to Shiva and his related deities.

As colorful as the carvings are the stories surrounding the creation of many of the gods: tales of rage, redemption regret and rebirth. proving that even gods have to take the consequence of their decisions!

The carvings on the various temple buildings and smaller shrines are kept bright through regular maintenance and ensure that you really do get the impression of being overlooked from the heavens as you walk though the Temple complex in a clockwise pattern.

Keep on the white path though or your bare feet will burn in the searing madras heat!