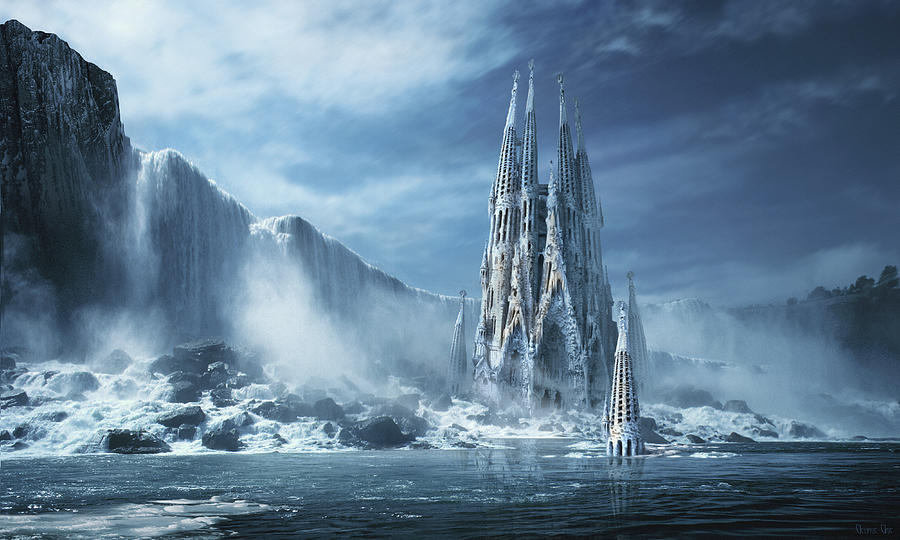 Gothic fantasy or Expiatory temple is a piece of digital artwork by George Grie which was uploaded on January 24th, 2018.

This image was initially inspired by the Expiatory Temple of the Sagrada Familia, the yet unfinished masterpiece of the world’s most celebrated... more

This image was initially inspired by the Expiatory Temple of the Sagrada Familia, the yet unfinished masterpiece of the world’s most celebrated architect from Catalonia, Antonio Gaudi. His breathtaking organic modernist architecture was influenced by shapes, structures and materials found in natural world. This particular masterpiece, Sagrada Familia, has always been a source of creative inspiration for artists all over the globe. It’s eerie, shaking lines and infinite detailing makes it unique among European cathedrals. Since 1882 Sagrada Familia has been in a perpetual state of construction; and even now only one of its three façades is actually completed. Meanwhile, these three façades, representing birth, death and resurrection of Christ, are supposed to have eighteen towers symbolizing the twelve Apostles, the four Evangelists, Virgin Mary and Christ.

The Sagrada Familia by Gaudi in Barcelona. I recognize it. Great work.