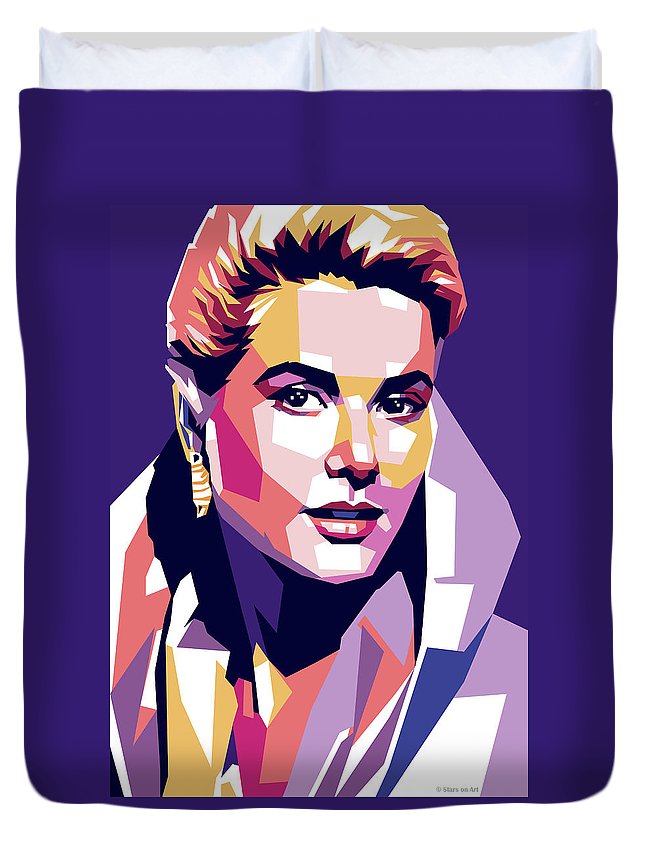 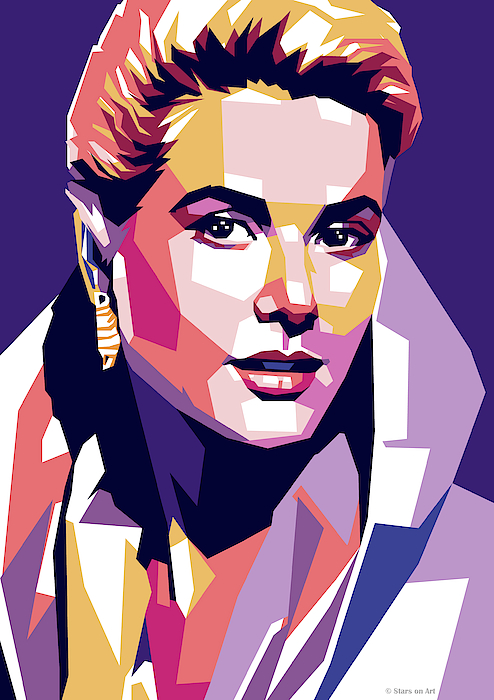 Queen duvet cover (88" x 88") featuring the image "Grace Kelly pop art" by Stars on Art. Our soft microfiber duvet covers are hand sewn and include a hidden zipper for easy washing and assembly. Your selected image is printed on the top surface with a soft white surface underneath. All duvet covers are machine washable with cold water and a mild detergent.

Pop art illustration of Grace Kelly. Kelly (1929 – 1982) was an American film actress who starred in several notable films during the 1950s. She... more

A really nice quality quilt cover. The picture is really clear and the fabric is very soft. Th size for Australians is bigger than single but smaller than double in width. Length is the same. I'm going to use a double quilt and take off 20cm.

Wonderful! Excellent art reproduction at this grand scale, and even the backing of the duvet is luxuriously soft and silky - very satisfied.

it is a great accent to the bedroom !!! Looks awesome !

I now have a Monet covering my bed, what more can I say

We have not received this item

Pop art illustration of Grace Kelly. Kelly (1929 – 1982) was an American film actress who starred in several notable films during the 1950s. She became Princess of Monaco by marrying Prince Rainier III in April 1956. At 52, still one of the world's most beautiful and elegant women, she died after a fatal car accident, Her serene beauty attracted attention in Hollywood, and she landed a bit part in the film “Fourteen Hours” (1951). The following year she got her first starring role as the wife who ultimately did not forsake Gary Cooper in “High Noon.” She was nominated for a best-supporting actress Oscar in 1953 for her portrayal of an adulteress in “Mogambo,” co-starring Clark Gable and Ava Gardner. She won a Golden Globe Award along with an Academy Award nomination. In 1954, she won the Oscar for Best Actress for her role in “The Country Girl,” with Bing Crosby. Also with Crosby, she was in the romantic musical “High Society” (1956.) She then starred in three A...

Stars on Art is the premier source for movie star fine artwork, including illustrations, paintings, and reproductions of vintage movie posters. When searching for an actor, if no results are found, add the word "actor" after the name. Visit our COLLECTIONS page for various styles, or go directly to Starsonart.com to search by any word or name, since many actor names can only be searched there. Visit our 3D animated art galleries. Here at Stars on Art, we fully understand your passion for Hollywood films and how much you enjoy expressing this passion by owning exquisite and expertly illustrated Hollywood art. That's why all our artwork has lovingly and skillfully been hand created digitally to produce premium quality brush paintings or...