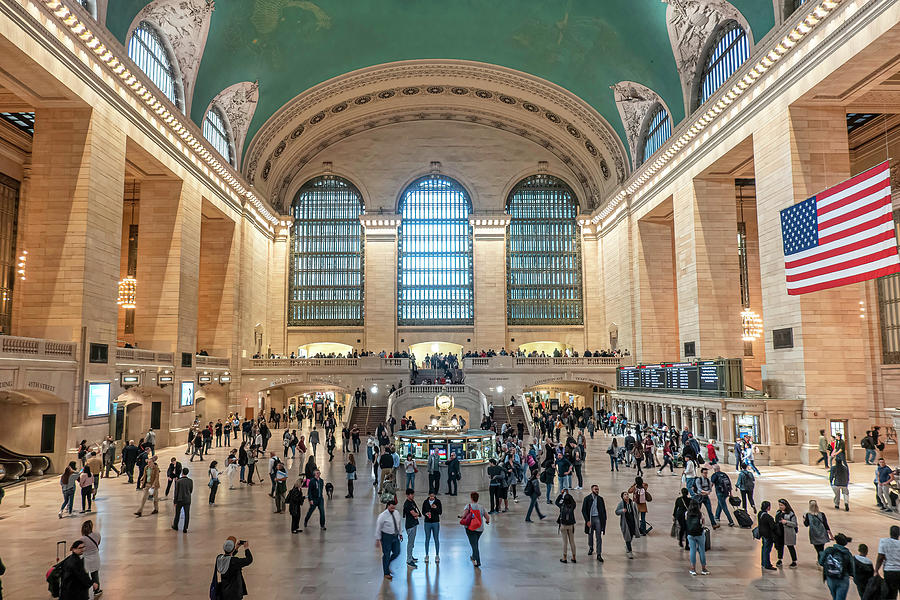 Grand Central Terminal is a photograph by Sandi Kroll which was uploaded on February 11th, 2020.

Grand Central Terminal was built by and named for the New York Central Railroad; it also served the New York, New Haven and Hartford Railroad and, later, successors to the New York Central. Opened in 1913, the terminal was built on the site of two similarly-named predecessor stations, the first of which dates to 1871. Grand Central Terminal served intercity trains until 1991, when Amtrak began routing its trains through nearby Penn Station. The East Side Access project, which will bring Long Island Rail Road service to a new station beneath the terminal, is expected to be completed in late 2022.

Grand Central covers 48 acres and has 44 platforms, more than any other railroad station in the world. Its platforms, all below ground, serve 30 tracks on the upper level and 26 on the lower. In total, there are 67 tracks, including a rail yard and sidings; of these, 43 tracks are in use for passenger service, while the remaining two dozen are used to store trains. Another eight tracks and four platforms are being built on two new levels deep underneath the existing station as part of East Side Access.

What a cool picture!