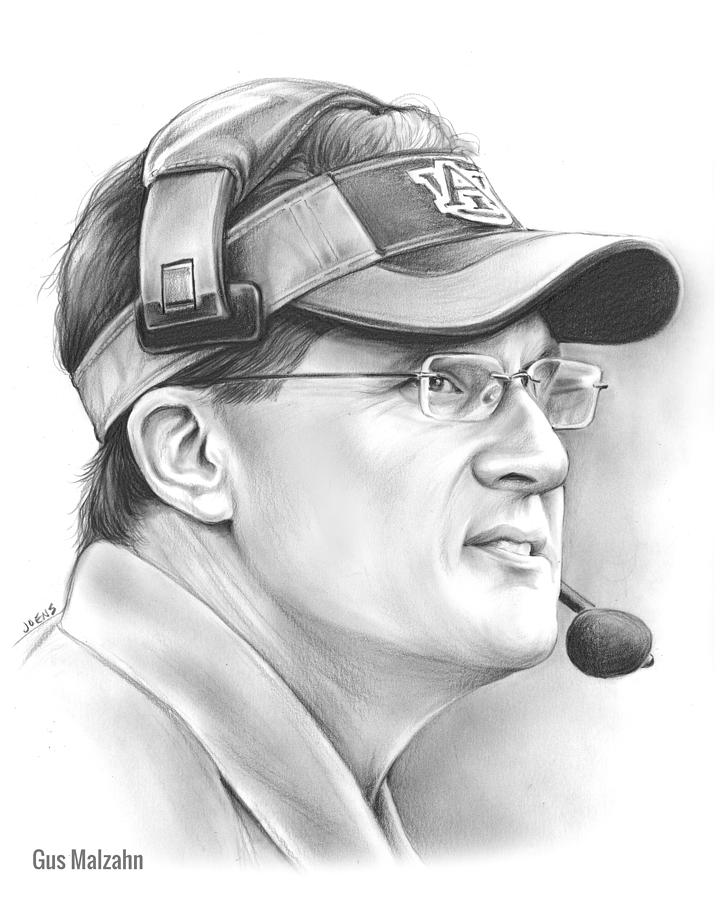 Gus Malzahn is a drawing by Greg Joens which was uploaded on September 9th, 2015.

Arthur Gustav "Gus" Malzahn, III (born October 28, 1965) is an American football coach and former player. Malzahn is currently the head coach at Auburn University, a position he assumed prior to the 2013 season. He spent the 2012 season as the head football coach at Arkansas State University. From 2009 to 2011, Malzahn served as the offensive coordinator at Auburn University. In 2010, a season in which the Auburn Tigers won the national championship, Malzahn received the Broyles Award, which recognizes the top assistant coach in college football. Prior to his stints at Arkansas State and Auburn, Malzahn served as offensive coordinator at the University of Arkansas and the University of Tulsa, respectively.