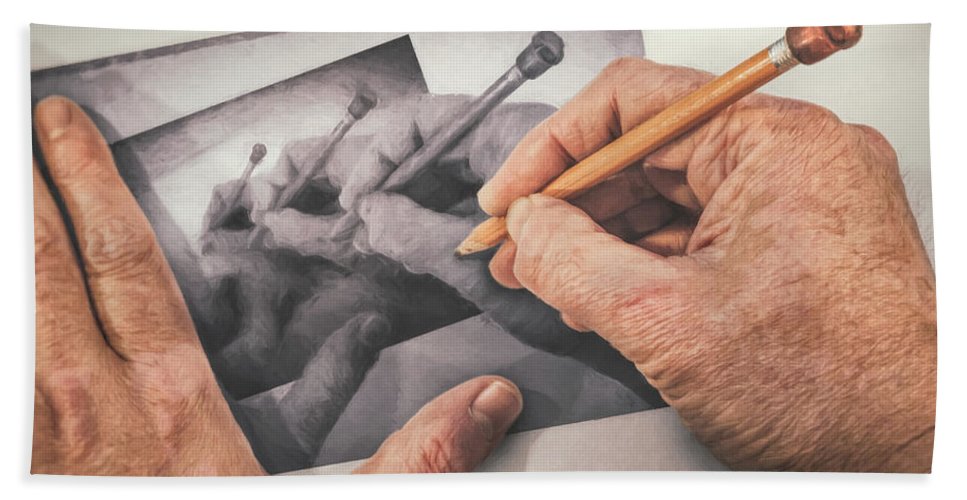 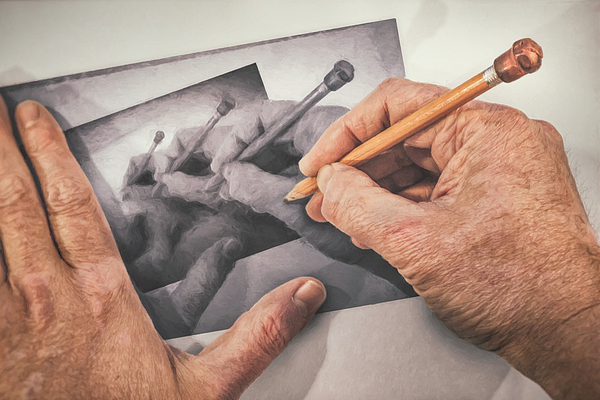 Today, while staring at a blank sheet of paper on my desk, trying to write out a to-do list and thoughts about future photo shoots, I had the idea of... more

Excellent! Congratulations on your sale, Scott!

Congratulations on your sale! The Artist hand at work, great job!

Congratulations on your recent Sale of your wonderful work..!!! 😊 💖 🌸

Very creative, Scott. And thanks for sharing the details on how you accomplished it. L&F

Today, while staring at a blank sheet of paper on my desk, trying to write out a to-do list and thoughts about future photo shoots, I had the idea of trying to create something reminiscent of M.C. Escher's work, "Drawing Hands". So much for the lists! It was a very simple setup. Actually, it wasn't really a "setup". Tripod in front of the desk and nothing but existing light. I was really only shooting some test frames to see if I could figure out a good way to proceed. Apparently, whatever I did was the way to do it! I won't bore you with all of the details on the processing for this, but basically I created a base background layer, a shadow later, and a foreground layer with the hands. I then combined all three into a separate layer, created the charcoal look in Topaz Impression, added the result to the background layer, and then lather, rinse and repeat! Day 106 of 365 Copyright 2016 Scott Norris Photography www.scottnorrisphotography.com

Emotion. Mood. Feelings. This is what I capture through my photographs. Whether it is landscapes, architectural elements, still life, or macros - it is a very personal journey as my own fears, triumphs, beliefs, and shortcomings are exposed with each photo. Much of what I shoot is done spontaneously without preconceived thought or plan. I let what is around me dictate what is photographed. And the shooting is only the first step - a jumping off point. I take the raw images and create what I see in my mind's eye. Coaxing out textures present in the shot - sometimes adding them. Enhancing the contrast of light and dark to create the mood and emotions I felt and feel. In the end, it's all about listening to my heart and mind and...