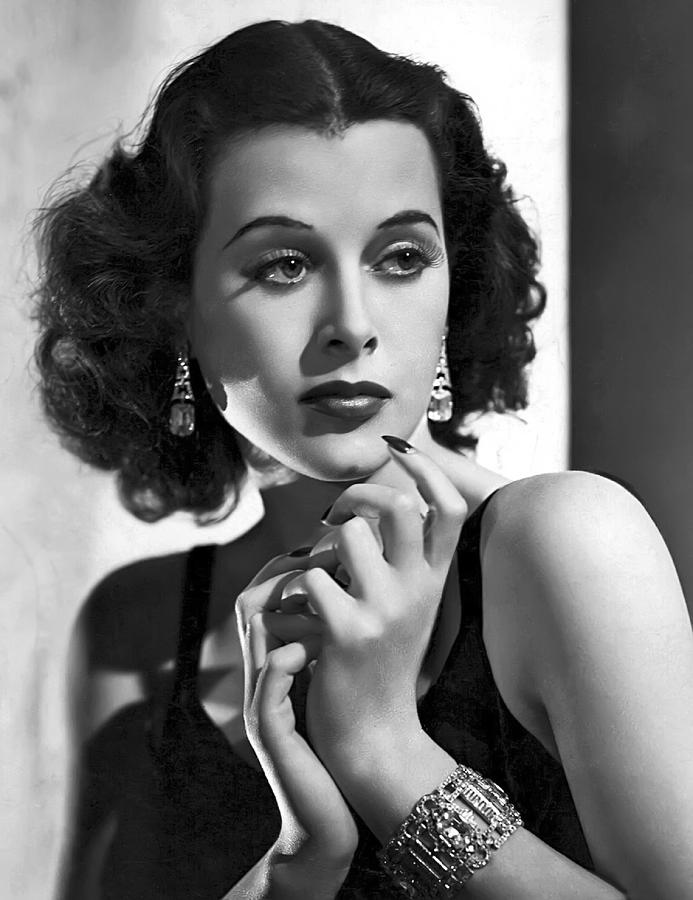 HEDY LAMARR - BEAUTY and BRAINS is a photograph by Daniel Hagerman which was uploaded on February 13th, 2015.

After an early and brief film career in Germany, which included a controversial love-making scene in the film Ecstasy (1933), she fled her husband and secretly moved to Paris. While there, she met MGM head Louis B. Mayer, who offered her a movie contract in Hollywood where she became a film star from the late 1930s to the 1950s. Mayer and the studio cast her in glamorous parts alongside popular leading men, and promoted her as the "world's most beautiful woman."

During her film career, Lamarr co-invented the technology for spread spectrum and frequency hopping communications. This new technology became important to America's military during World War II because it was used in controlling torpedoes. Those inventions have more recently been incorporated into Wi-Fi, CDMA and Bluetooth technology, and led to her being inducted into the National Inventors Hall of Fame in 2014.

Based upon a Studio publicity photograph.

Thanks so much! to the Bala Cynwyd, Pennsylvania buyer . . .

Thanks so much! to the Gaithersburg, Maryland buyer . . .

Stunning photo! Congratulations on your sale!✌🏻

Thanks so much! to the Greenville, Indiana buyer . . .

Congratulations on your sale!! Well done!

Very nice! Congrats on your sale.