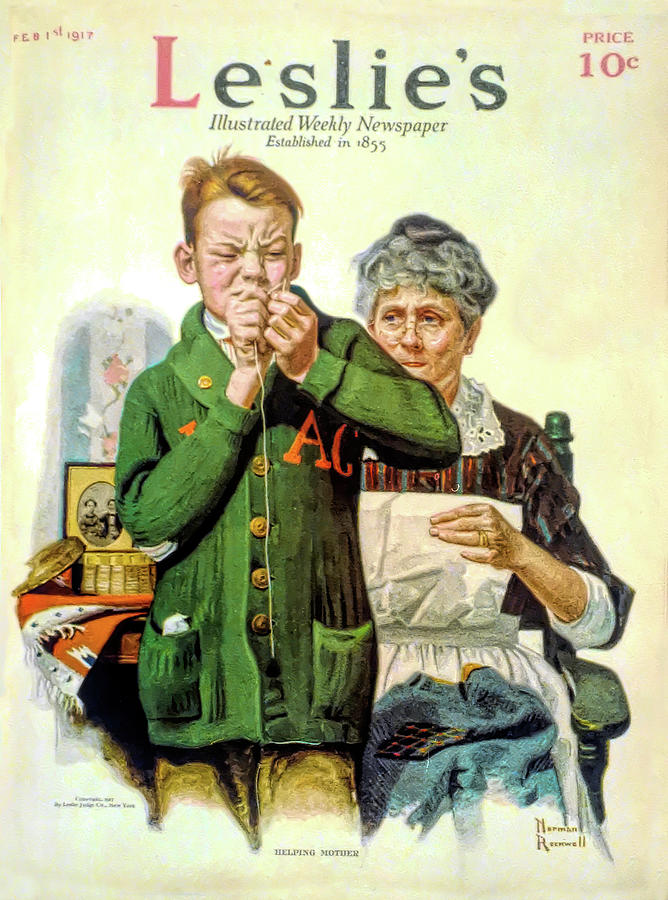 Helping Mother Leslie's Magazine Cover is a photograph by Norman Rockwell which was uploaded on June 15th, 2020.

A young boy threading a needle for his mother.

This is a reproduction of the February 1st, 1917 magazine cover of Leslie's Illustrated Weekly Newspaper established in 1855.

Norman Percevel Rockwell, 1894-1978, was a 20th-century American painter and illustrator. His works enjoy a broad popular appeal in the United States for their reflection of American culture. Rockwell is most famous for the cover illustrations of everyday life he created for The Saturday Evening Post magazine over nearly five decades. Among the best-known of Rockwell's works are the Willie Gillis series, Rosie the Riveter, The Problem We All Live With, Saying Grace, and the Four Freedoms series. He also is noted for his 64-year relationship with the Boy Scouts of America , during which he produced covers for their publication Boys' Life, calendars, and other illustrations.

I can so relate to this one, as I remember doing the threading for my Mom!