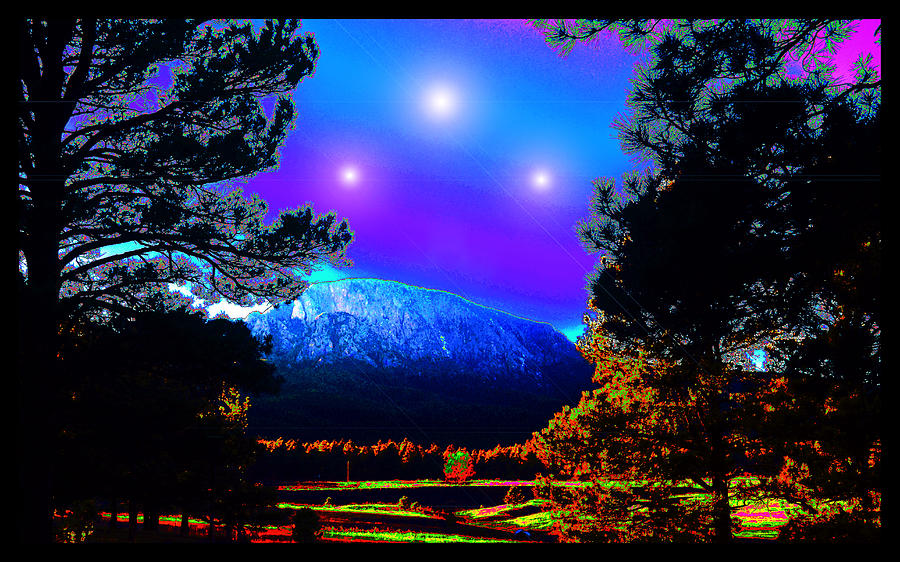 Hermit Peak at Vera's Ranch is a photograph by Susanne Still which was uploaded on December 15th, 2014.

The peak is named for the Italian religious recluse John Augustiani, who lived there in a cave he had dug into the earth around the time of the U.S. Civil War. His cave became the subject of pilgrimage by some devout New Mexicans, during his life and for a number of years after his death.[4]

The Peak is in the Santa Fe National Forest, and the trail to the peak is maintained by the Pecos/Las Vegas Ranger District. The trail to the top is approximately four miles from the El Porvenir Campground.

From El Porvenir, Hermit Peak's rocky features seem to form a man's face looking to the sky. Left to right, one sees a forehead, eye, nose, two lips, and a chin. The rugged trail to the top of the "nose" winds through the "eye." The view from the tip of the "nose" is said to include five states. There is a rock overhang known as "Hermit's Cave" on the "nose."

Bob, thank you for your kind words!

Thanks a bunch Jim!!!

Ah many thanks MICHAEL AFRICAN VISIONS and a wonderful day to ye!