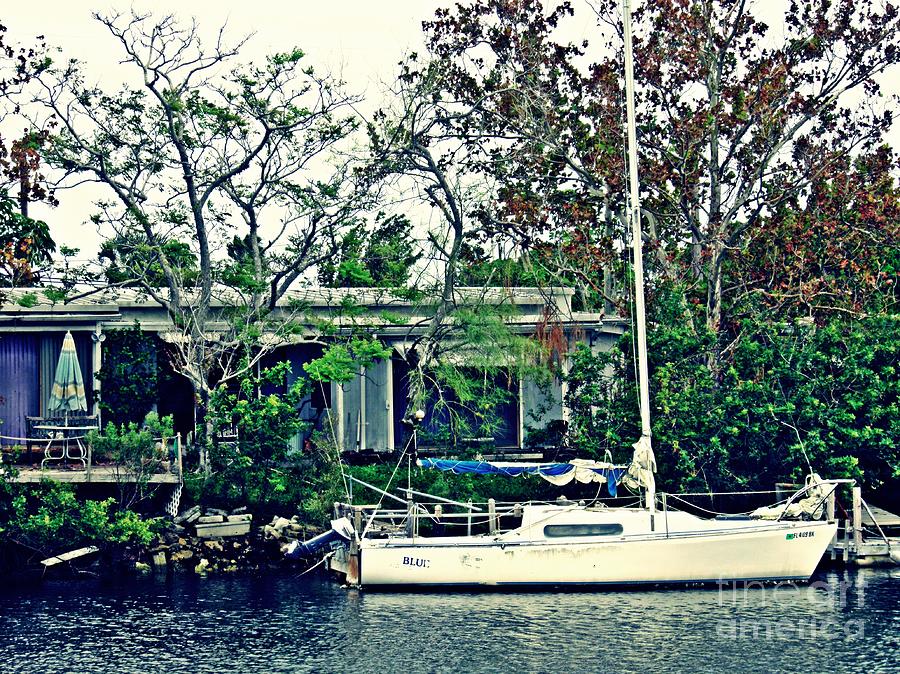 Home on a Florida Canal 1 is a photograph by Sarah Loft which was uploaded on October 23rd, 2017.

Home on a Florida Canal 1

I photographed this home and boat in the Hudson area of Pasco County, Florida where I spent a night in a house on one of the salt water canals that... more

Home on a Florida Canal 1

I photographed this home and boat in the Hudson area of Pasco County, Florida where I spent a night in a house on one of the salt water canals that connect to the nearby Gulf of Mexico.

Per Wikipedia: Hudson is a census-designated place (CDP) located at the westernmost end of Pasco County, Florida, United States and is included in the Tampa-St. Petersburg-Clearwater, Florida Metropolitan Statistical Area. As of the 2000 census, Hudson's population was 12,765.

In 1878, Isaac Hudson moved his family to the uninhabited brush of coastal Pasco County and established a post office at a place he named Hudson's Landing. The town grew in the early twentieth century when the Fivay Company began cutting lumber and shipping it by rail to Tampa. Hudson stagnated when the Fivay Company went out of business and people turned to the sea or moved away; shrimping and fishing employed about half of the working men in the 1930s to 1950s.

In the late 1950s, a team of realtors paid the Army Corps of Engineers to dig 25 miles of canals as if they were streets. The lots along the new waterfront area were then sold, bringing many new residents to Hudson. In the 1980s, people began building larger homes (most of which were mobile homes) along the canals. Now, while its older waterfront is reviving, large residential developments are spreading inland.

Robert J. Strickland Memorial Park (Hudson Beach) was built in the 1960s and is the main beach for the Hudson community. Several restaurants in the area offer water views of the gulf or adjacent canals. Veterans Memorial Park and Arthur F. Engle Memorial Park are the main indoor and outdoor sports and recreation centers, with indoor gymnasiums and outdoor fields.

Note: The watermark will not appear on the print you purchase.

Featured in the No Place Like Home group, August 2018.

Ohh, I love the fabulous mood and atmosphere in this formidable capture, Sarah!! The light is incredible! L/F

Thank you, Anita and Bella!

This is such a typical old Florida scene! l/f