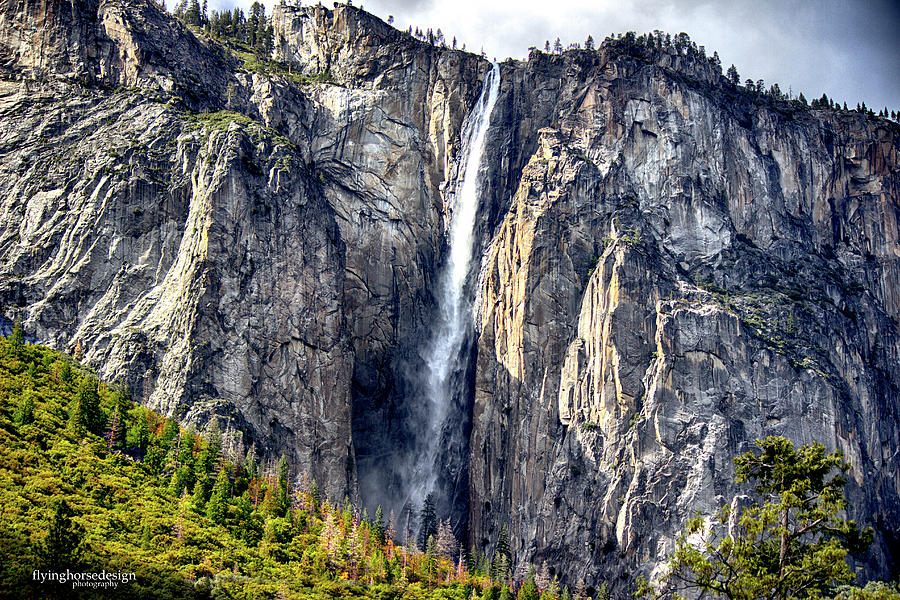 Horsetail Falls is a photograph by John Heywood which was uploaded on September 9th, 2017.

Horsetail Fall, located in Yosemite National Park in California, is a seasonal waterfall that flows in the winter and early spring. The fall occurs... more

Horsetail Fall, located in Yosemite National Park in California, is a seasonal waterfall that flows in the winter and early spring. The fall occurs on the east side of El Capitan. If Horsetail Fall is flowing in February and the weather conditions are just right, the setting sun illuminates the waterfall, making it glow orange and red. This natural phenomenon is often referred to as the "Firefall", a name that pays homage to the manmade Firefall that once took place in Yosemite.

This waterfall descends in two streams side by side, the eastern one being the larger but both quite small. The eastern one drops 1,540 ft (470 m), and the western one 1,570 ft (480 m), the highest fully airborne waterfall in Yosemite that runs at some point every year. The waters then gather and descend another 490 ft (150 m) on steep slabs, so the total height of these waterfalls is 2,030 ft (620 m) to 2,070 ft (630 m). The image shown here is taken during a brief time during the winter, near February 21 at sunset, made famous by Galen Rowell's photograph.