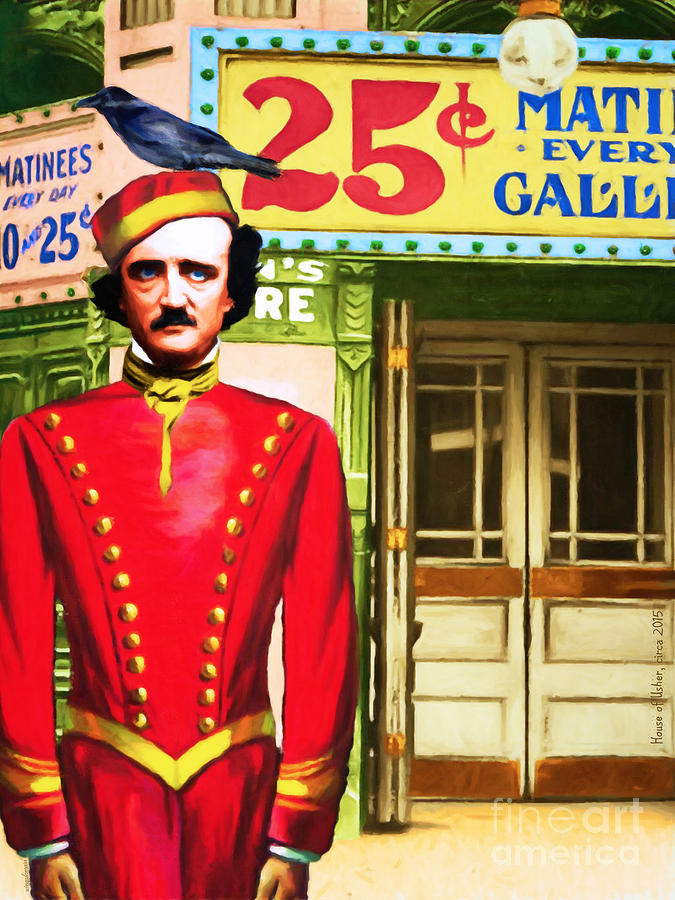 House Of Usher 20150708 is a photograph by Wingsdomain Art and Photography which was uploaded on July 9th, 2015.

It's a little known fact that the inspiration for Edgar Allan Poe's "The Fall of The House of Usher" dates back to when young Edgar was interning one Fall break as a Movie House Usher in the vintage era of silent movies when matinees could still be had for just 25 cents! Yes even back in those days, master Edgar was donning his one and only friend as a young lad wherever he went, his signature raven. They were inseparable based on accounts retold by his schoolmates years later who were all coincidentally in their 7th stage of dementia. We all know how Poe's famous short story goes, but now, for those who's never read the book but were too embarrassed to say so, and so went on to boast about how the story is about an usher and were ridiculed about it in the past, you can now safely tell all those naysayers, "I was talking about the more intellectual history of the story which requires a much higher knowledge of the book than just merely reading it!" -W

This artwork is an artistic satire on Edgar Allan Poe's famous short story "Fall of The House of Usher", but in this case, Poe IS the Usher, the usher of a vintage movie house! A wonderful and whimsically playful piece, sure to bring a smile to you everyday, and give your guests a topic of endless profound discussions.

Edgar Allan Poe (January 19, 1809 - October 7, 1849) was an American author, poet, editor, and literary critic, considered part of the American Romantic Movement. Best known for his tales of mystery and the macabre, Poe was one of the earliest American practitioners of the short story, and is generally considered the inventor of the detective fiction genre. He is further credited with contributing to the emerging genre of science fiction. He was the first well-known American writer to try to earn a living through writing alone, resulting in a financially difficult life and career. -wikipedia