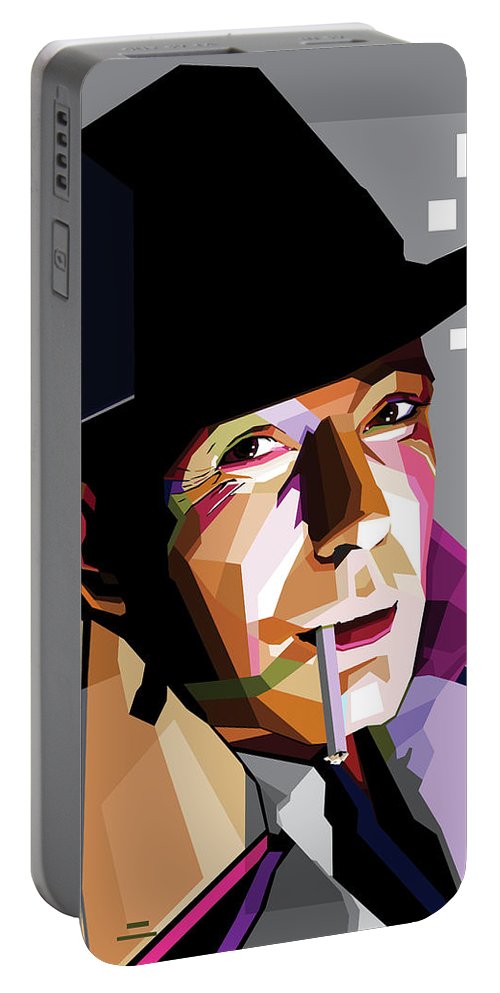 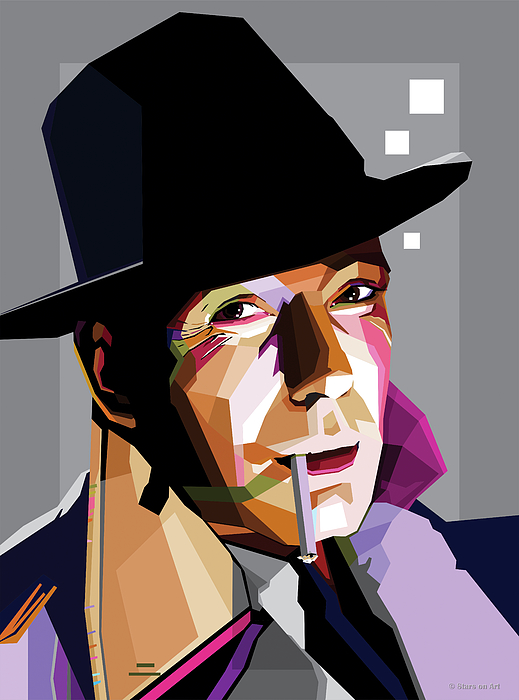 Illustrated portrait of actor Humphrey Bogart (1899-1957). Between 1936 and 1940 he appeared in no less than 28 feature films, mostly in standard gangster parts, often as the villain. He also appeared in two Westerns. A turning point was 1941, the beginning of the "Bogey" legend. Screenwriter John Huston provided the impetus, with the script of “High Sierra,” in which Bogart gave a remarkable performance as a gangster with soul. Later that year Huston, in his debut as a director, guided Bogart into his tour de force as the ruthless private eye Sam Spade in the excellent thriller “The Maltese Falcon.” Bogart sustained a peak of popularity through such films as “Casablanca,” “The Big Sleep,” and “Key Largo.” On the set of “To Have and Have Not” he met and fell in love with—and later married—his co-star Lauren Bacall. In 1947 he played one of his most memorable parts, under the direction of John Huston, as the greedy, paranoid prospector in “The Treasure o...

Stars on Art is the premier source for movie star fine artwork, including illustrations, paintings, and reproductions of vintage movie posters. When searching for an actor, if no results are found, add the word "actor" after the name. Visit our COLLECTIONS page for various styles, or go directly to Starsonart.com to search by any word or name, since many actor names can only be searched there. Visit our 3D animated art galleries. Here at Stars on Art, we fully understand your passion for Hollywood films and how much you enjoy expressing this passion by owning exquisite and expertly illustrated Hollywood art. That's why all our artwork has lovingly and skillfully been hand created digitally to produce premium quality brush paintings or...