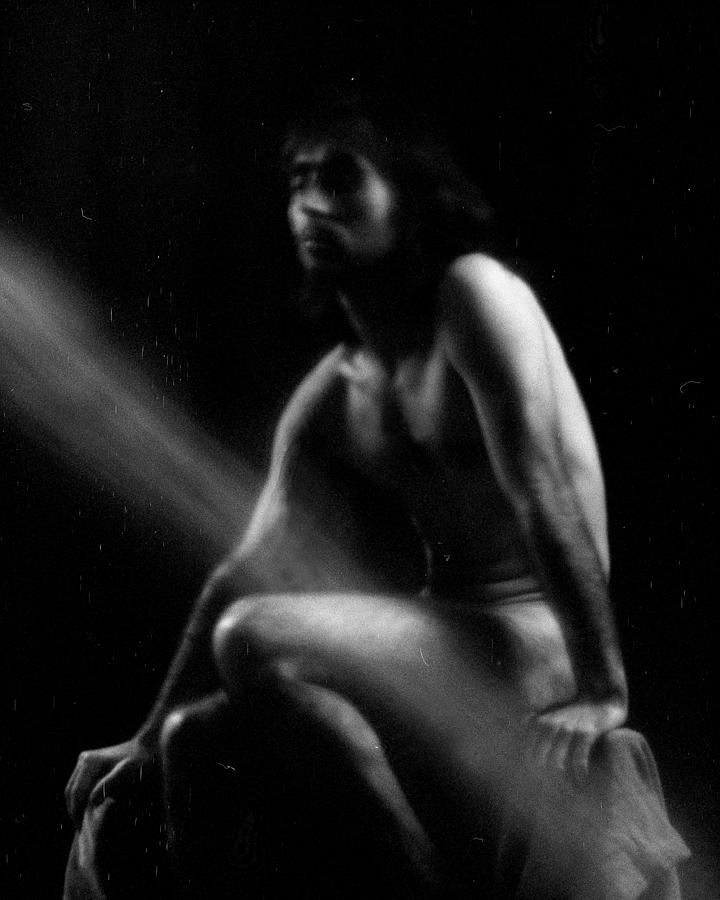 Iluminado III is a photograph by Marcio Faustino which was uploaded on March 31st, 2020.

Illuminated. What Jesus really said is that we all are Sons of God. The King James version of the Bible changed the translation from A Son of God, to... more

Illuminated. What Jesus really said is that we all are Sons of God. The King James version of the Bible changed the translation from "A Son of God", to "THE Son of God". Jesus also said in John 10;34: "Jesus answered them, "Is it not written in your Law, 'I have said you are "gods"?" See Psalm 82;6 "I said, 'You are "gods"; you are all sons of the Most High."

This photo was taken without a lens. It is a long exposure pinhole portrait, with a film camera adapted by me. It is part of my pinhole portrait photograph project using continuous light in the studio. Here I become my own model, working both behind and in front of the camera, working on my body composition and expression, posing for long exposure that last between 1 minute and 7 minutes depending on the film negative and film development method. A good start to work with male nude model since it is difficult to find men willing to pose naked for photo projects.

You will find many scratches in the photo, made by the camera when I advance the film. I don’t clean it in photoshop as I don’t remove dust and fingerprints. It all belongs to photo, to the rustic handcraft. The film negative was developed by me. It was handcrafted before being digitized. My photographs are not about something, the film negative and the form is not an accessory for a theme. The photo is the art, it is the thing. Dust and spots are part of the visual rhythm, patterns and repetition that art is about.