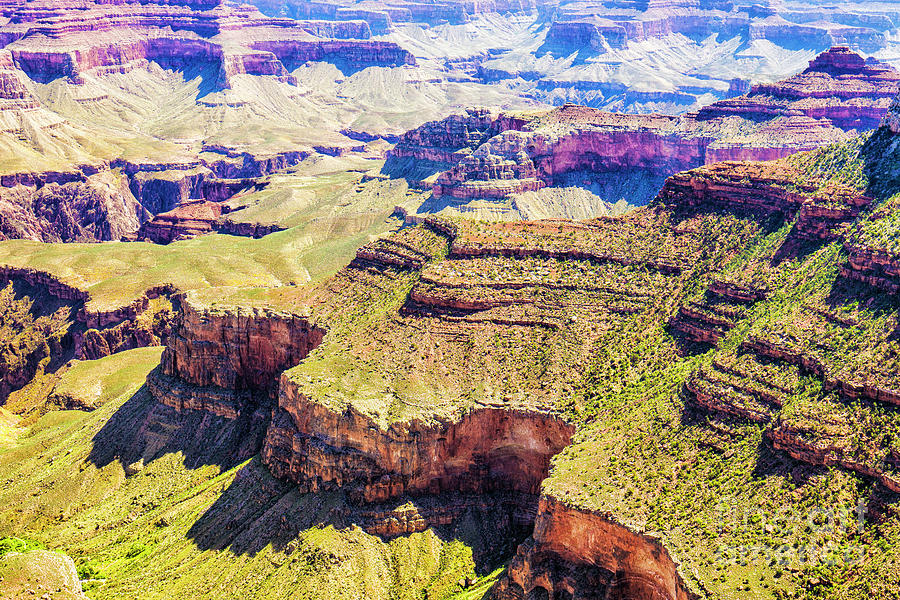 Inside the Canyon, Grand Canyon 8 is a photograph by Felix Lai which was uploaded on February 18th, 2021.

Inside the Canyon, Grand Canyon 8

Most People like myself are in awe of the grandeur and beauty of Grand Canyon. All of us try to take a photo with a as wide as possible camera lens... more

Inside the Canyon, Grand Canyon 8

Most People like myself are in awe of the grandeur and beauty of Grand Canyon. All of us try to take a photo with a as wide as possible camera lens or smartphone. This only captures part of the beauty of Grand Canyon. The other parts are the individual features inside the canyon like hills, butte, mesa, Colorado River, another canyon, ravine, etc are beautiful and should be scenic attractions by themselves. The title "Inside the Canyon 1" is the first of a series of photos of the beauty I discovered inside the Canyon using a zoom lens!

The Grand Canyon (Hopi: Ongtupqa; Yavapai: Wi:kaʼi:la, Navajo: Tsékooh Hatsoh, Spanish: Gran Cañón) is a steep-sided canyon carved by the Colorado River in the U.S. state of Arizona in North America. It is contained within and managed by Grand Canyon National Park, the Kaibab National Forest, Grand Canyon-Parashant National Monument, the Hualapai Tribal Nation, the Havasupai people and the Navajo Nation. President Theodore Roosevelt was a major proponent of preservation of the Grand Canyon area, and visited it on numerous occasions to hunt and enjoy the scenery.

The Grand Canyon is 277 miles (446 km) long, up to 18 miles (29 km) wide and attains a depth of over a mile (6,093 feet or 1,857 meters). Nearly two billion years of Earth's geological history have been exposed as the Colorado River and its tributaries cut their channels through layer after layer of rock while the Colorado Plateau was uplifted. While some aspects about the history of incision of the canyon are debated by geologists, several recent studies support the hypothesis that the Colorado River established its course through the area about 5 to 6 million years ago. Since that time, the Colorado River has driven the down-cutting of the tributaries and retreat of the cliffs, simultaneously deepening and widening the canyon.

For thousands of years, the area has been continuously inhabited by Native Americans, who built settlements within the canyon and its many caves. The Pueblo people considered the Grand Canyon a holy site, and made pilgrimages to it. The first European known to have viewed the Grand Canyon was García López de Cárdenas from Spain, who arrived in 1540.

* Copyright Felix Lai. Watermark will not appear on the final print of the photograph.

Such a stunning landscape of this famous park!! l/f/t

Beautiful shot Felix and it is so hard to capture.