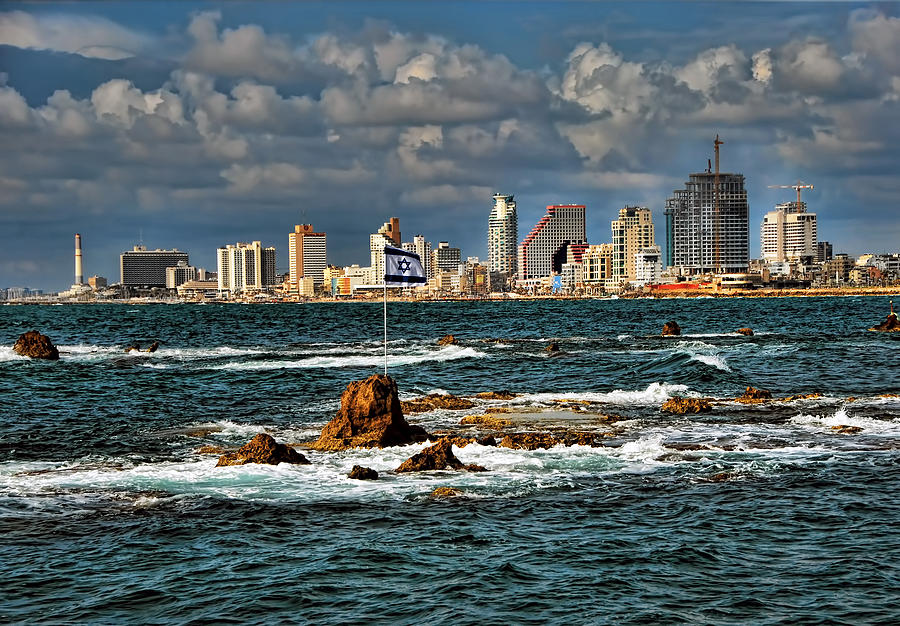 Israel full power is a photograph by Ron Shoshani which was uploaded on November 28th, 2012.

Andromeda rock is located at the entrance to the old and famous Jaffa port. Through the history, Jaffa was always a very desired city and knew conquerors and rulers from all over the world. All realized the military importance of the area and each conquered it in order to gain control and approach to the Holy Land of Israel.

According to the Greek mythology, Andromeda rock on the shore of Jaffa is the place where the god of the sea, Poseidan, chained beautiful Andromeda, the daughter of queen Cassiopeia.

Andromeda was chained to the a rock at the sea's edge and left there to helplessly await her fate by the hands of the sea monsters. The hero Perseus had arrived in time, saved Andromeda, and ultimately became her husband.

thank you my friends. its heart warming.

thank you my friend !

Congratulations for your sale!!!