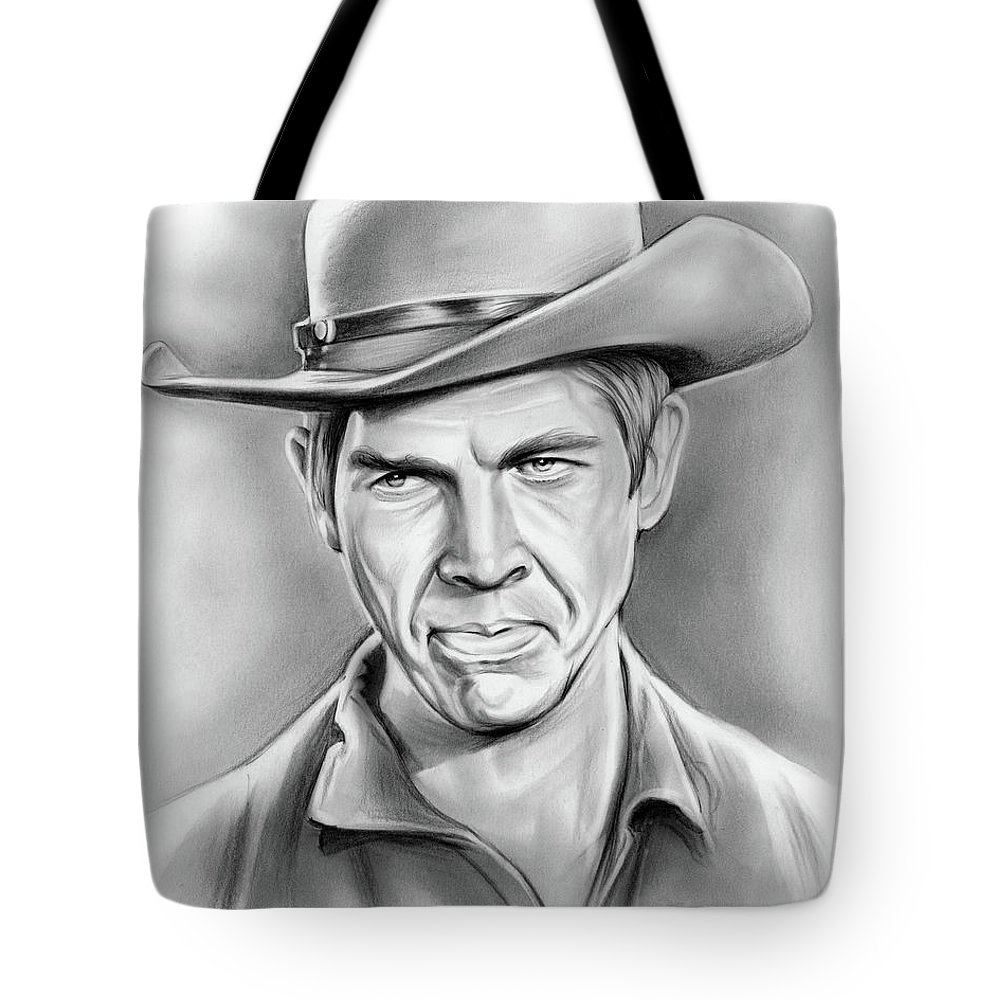 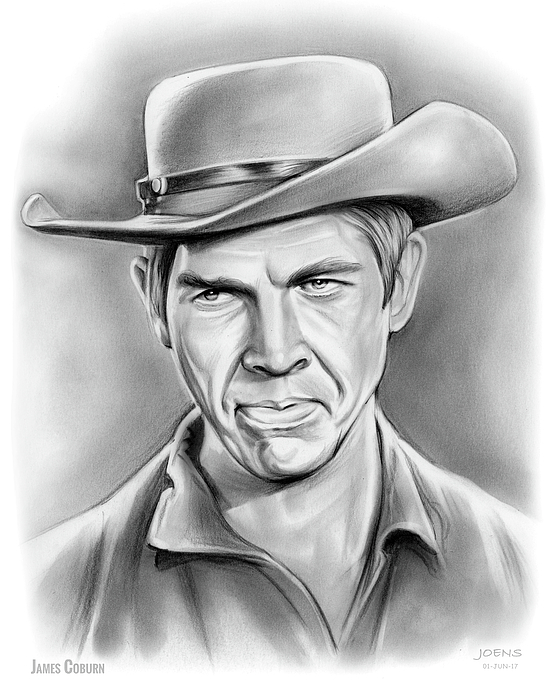 Purchase a tote bag featuring the drawing "James Coburn" by Greg Joens.   Our tote bags are made from soft, durable, poly-poplin fabric and include a 1" black strap for easy carrying on your shoulder.   All seams are double-stitched for added durability.   Each tote bag is machine-washable in cold water and is printed on both sides using the same image.

﻿James Coburn - pencil sketch on 9x12 smooth bristol paper. (August 31, 1928 – November 18, 2002) was an American actor. He featured in more than 70 films, largely action roles, and made 100 television appearances during a 45-year career, ultimately winning an Academy Award in 1998 for his supporting role as Glen Whitehouse in Affliction. A capable, rough-hewn leading man, his toothy grin and lanky physique made him a perfect tough guy in numerous leading and supporting roles in westerns and action films,[5] such as The Magnificent Seven, Hell Is for Heroes, The Great Escape, Charade, Our Man Flint, In Like Flint, Duck, You Sucker!, and Cross of Iron. Coburn provided the voice of Henry Waternoose in the Pixar film Monsters, Inc. During the late 1960s and early 1970s Coburn cultivated an image synonymous with "cool",and along with such contemporaries as Lee Marvin, Steve McQueen, and Charles Bronson became one of the prominent "tough-guy" actors of his day. Source: Wikipedia