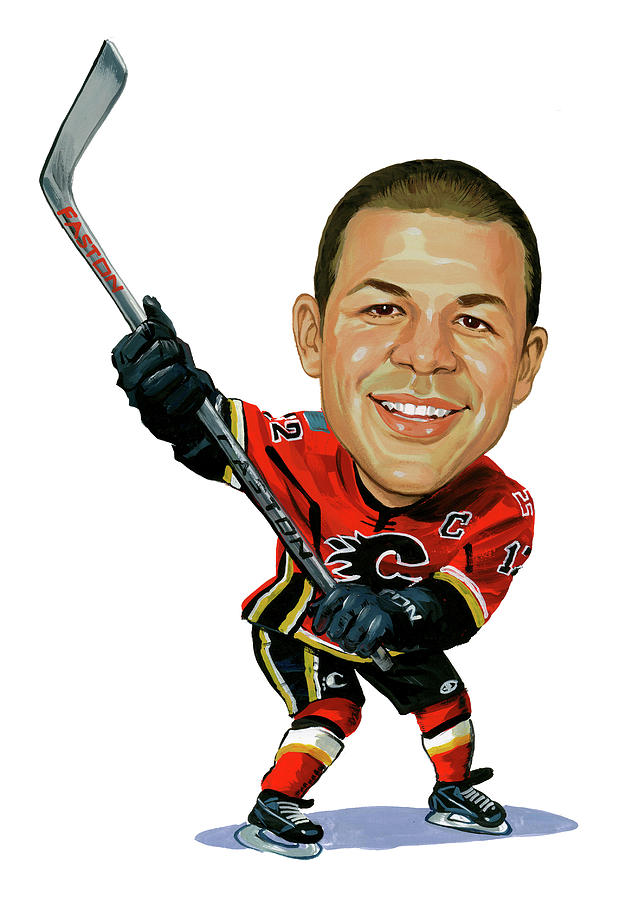 Jarome Iginla is a painting by Art which was uploaded on January 12th, 2010.

Jarome Arthur-Leigh Adekunle Tig Junior Elvis Iginla (born July 1, 1977) is a Canadian professional ice hockey player for the Calgary Flames of the National Hockey League (NHL). A six-time NHL All-Star, he is the Flames' all-time leader in goals, points, and games played, and is second in assists to Al MacInnis. Named the Flames captain at the start of the 2003-04 season, Iginla was the first black captain in NHL history. He has represented Canada internationally on numerous occasions, helping Team Canada to its first Olympic gold medal in 50 years at the 2002 Winter Olympics and another gold medal at the 2010 Winter Olympics in Vancouver.
As a junior, Iginla was a member of two Memorial Cup-winning teams with the Kamloops Blazers, and was named the Western Hockey League's Player of the Year in 1996. He was selected 11th overall by the Dallas Stars in the 1995 NHL Entry Draft, but was later traded to Calgary and has played his entire professional career with the Flames. He led the NHL in goals and points in 2001-02, and won the Lester B. Pearson Award as its most valuable player as voted by the players. In 2003-04, Iginla led the league in goals for the second time and captained the Flames to the Stanley Cup Finals, leading the league in playoff scoring. Iginla scored 50 goals in a season for a second time in 2007-08, has scored 500 goals and 1,000 points in his career and was the 10th player in NHL history to score 30 goals in ten consecutive seasons. Known for his polite and generous nature, Iginla participates in numerous community events and donates $2,000 to charity for each goal he scores. Source: Wikipedia.org