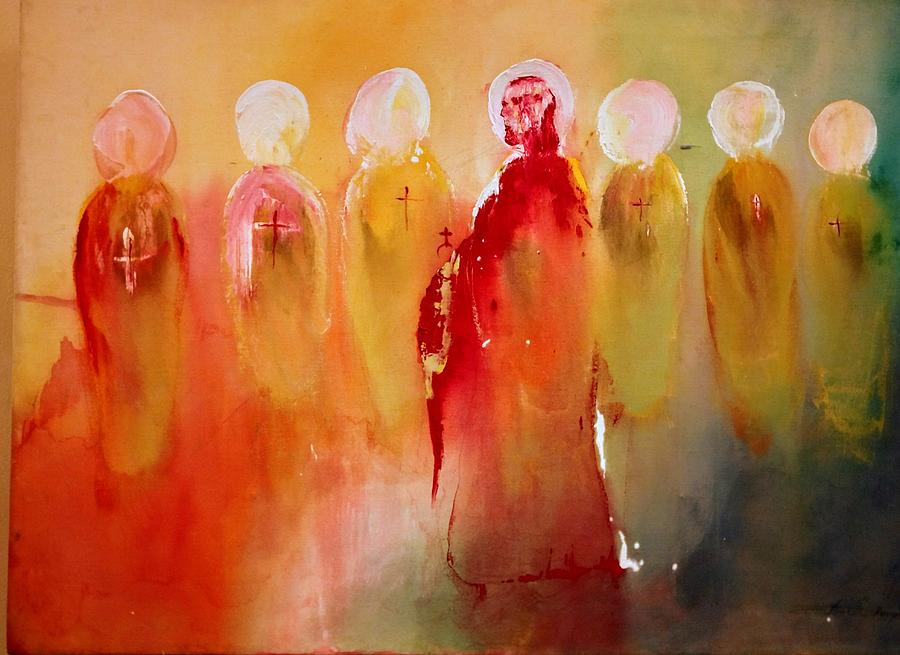 Jesus with His Apostles is a painting by Edward Longo which was uploaded on December 19th, 2017.

Jesus with His Apostles

Jesus with His Apostles: The evening before Christ was betrayed by one of his disciples, he gathered them together to eat, tell them he knew what was... more

Jesus with His Apostles

Jesus with His Apostles: The evening before Christ was betrayed by one of his disciples, he gathered them together to eat, tell them he knew what was coming, and wash their feet (a gesture symbolizing that all were equal under the eyes of the Lord). As they ate and drank together, Christ gave the disciples explicit instructions on how to eat and drink in the future, in remembrance of him. It was the first celebration of the Holy Eucharist, a ritual that is still performed.

Specifically, "The Last Supper" depicts the next few seconds in this story after Christ dropped the bombshell that one disciple would betray him before sunrise, and all 12 reacted to the news with different degrees of horror, anger, and shock.

The Crucifixion was not only one of the most disgraceful forms of death, but it was also one of the most dreaded methods of execution in the ancient world. Accounts of crucifixions are recorded among early civilizations, most likely originating with the Persians and then spreading to the Assyrians, Scythians, Carthaginians, Germans, Celts and Britons. This type of capital punishment was primarily reserved for traitors, captive armies, slaves and the worst of criminals. The Crucifixion became common under the rule of Alexander the Great (356-323 B.C.).