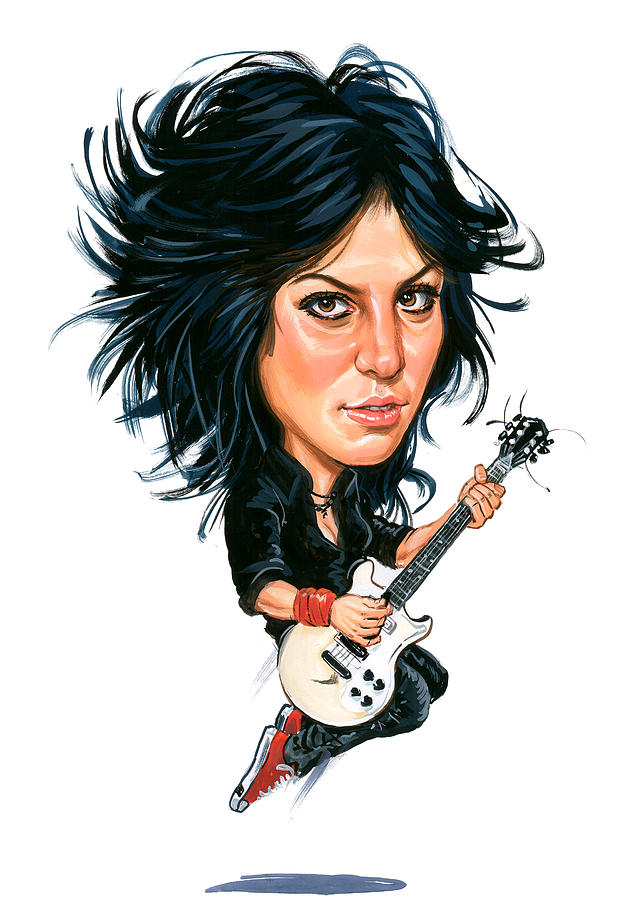 Joan Jett is a painting by Art which was uploaded on December 24th, 2010.

Joan Jett (born Joan Marie Larkin; September 22, 1958) is an American rock guitarist, singer, songwriter, producer and actress.
She is best known for her work with Joan Jett & the Blackhearts including their hit cover "I Love Rock 'n' Roll", which was #1 on the Billboard Hot 100 from March 20 to May 1, 1982, as well as for their other popular recordings including "Crimson and Clover", "I Hate Myself for Loving You", "Do You Want to Touch Me", "Light of Day", "Love Is All Around", "Bad Reputation".
Her musical and songwriting approach is heavily influenced by the hard-edged, hard beat-driven rhythms common to many rock bands of her native Philadelphia, often featuring lyrics surrounding themes of lost love, criticisms of insincerity, the quest for authenticity, as well as the struggles and resolutions of the American middle class. She has three albums that have been certified Platinum or Gold, and she has been referred to as the "Queen of Rock 'n' Roll" many times during her career. Source: Wikipedia.org

Inspiring, Congrats on your sale!