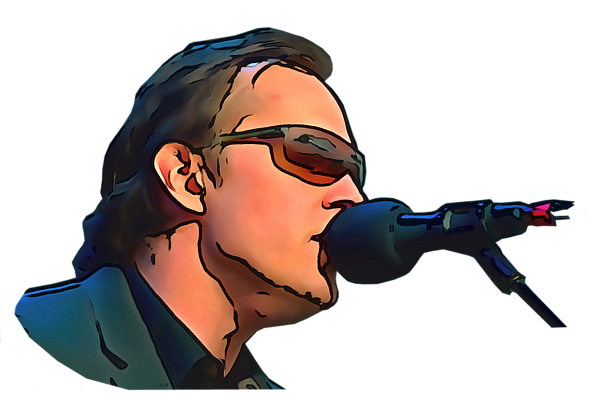 Accessorize your life with unique stickers from an independent artist!   Our vinyl stickers are available in four different sizes and are kiss-cut to create a 1/8" border around the perimeter of the design.   Each sticker has an adhesive backing with plenty of stickiness to cling to any smooth surface while still being easy to remove.

Stickers should be applied to clean, smooth surfaces at room temperature.

What a cool and gorgeous portrait, Sergey!! L

Thank you very much, Angeles!

Thank you very much, Angeles!

Thank you very much, Shoal!

Thank you very much, Marcia!

Thank you very much, Linda!

Thank you very much, Lee!

JUST BEAUTIFUL AND PERFECT FOR A FRAMED GIFT!

Quality of picture was very bad, very pixelated looking. I know the artist and asked for a signature and even he was upset with the quality

Nice. Young man I bought this for really liked it.

Joe Bonamassa (born May 8, 1977) is an American blues rock guitarist, singer and songwriter. When he was 12 years old, Bonamassa opened for B.B. King. In the last 13 years Bonamassa has put out 15 solo albums through his independent record label J&R Adventures, of which 11 have reached number 1 on the Billboard Blues charts. Bonamassa has played alongside such artists as Stephen Stills, Eric Clapton, Blondie Chaplin, Foreigner, Buddy Guy, Steve Winwood, Warren Haynes, Solomon Hicks,and Derek Trucks among others. His career highlights include performances at the Royal Albert Hall and a Grammy Award nomination in 2013. In addition to his music career, Joe Bonamassa runs a nonprofit organization called the Keeping the Blues Alive Foundation, whose mission is to further music education by funding scholarships and providing music education resources to schools in need. He is also known for his enormous collection of guitars and related gear.

I am a photographer over ten years. I take my picture in the most beautiful and untouched places: Vietnam, islands of Indonesia, Malaysia, Philippines and others. Focuses in landscapes, animals and plants. I am fond of diving and some of my photos are made deep on the ocean floor. I have been privileged enough to go to some amazing places and see many beautiful things. Through my photos I hope to show the beauty of the world as I see it. I hope you enjoy it and if you have any questions contact me. I will try to improve the quality of photos to delight visitors of my page.

All stickers ship from our production facility within 2 - 3 business days of your order.