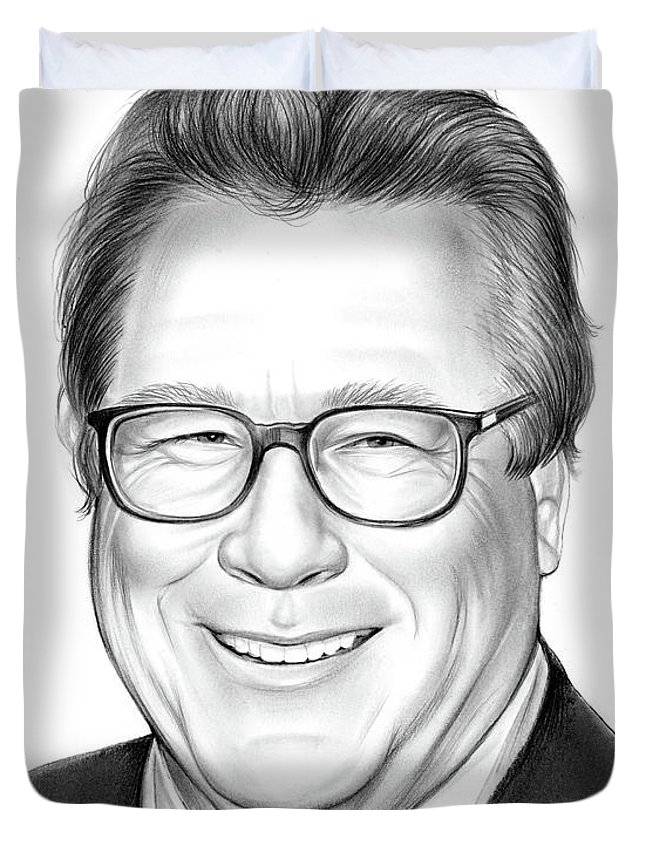 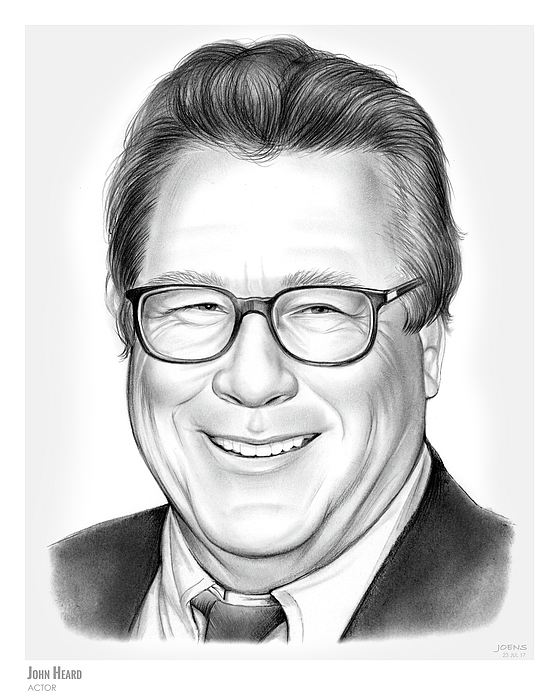 Queen duvet cover (88" x 88") featuring the image "John Heard" by Greg Joens. Our soft microfiber duvet covers are hand sewn and include a hidden zipper for easy washing and assembly. Your selected image is printed on the top surface with a soft white surface underneath. All duvet covers are machine washable with cold water and a mild detergent.

it was very beautiful, just wish it had matching shams and that the duvet cover had ties in it to hold the duvet in place. I am very pleased and satisfied! Great art work!! Bravo

The quality of the product is great. I am sure I will enjoy this duvet cover for many years to come.

Son thrilled with the duvet cover!

Looks great! Thank you for doing this for me.

RIP.. John Heard (1946 - 2017) , Pencil Sketch of the Day for Sunday, July 23, 2017 John Matthew Heard Jr. (March 7, 1946 – July 21, 2017) was an American film and television actor. He had lead roles in several films, including Chilly Scenes of Winter, Heart Beat, Cutter's Way, Cat People, and C.H.U.D., as well as supporting roles in After Hours, Big, Beaches, Awakenings, Rambling Rose, The Pelican Brief, My Fellow Americans, Snake Eyes, and Animal Factory. He also played Peter McCallister in Home Alone and Home Alone 2: Lost in New York, as well as appearing in Sharknado. Heard was nominated for an Emmy Award in 1999 for guest starring on The Sopranos.