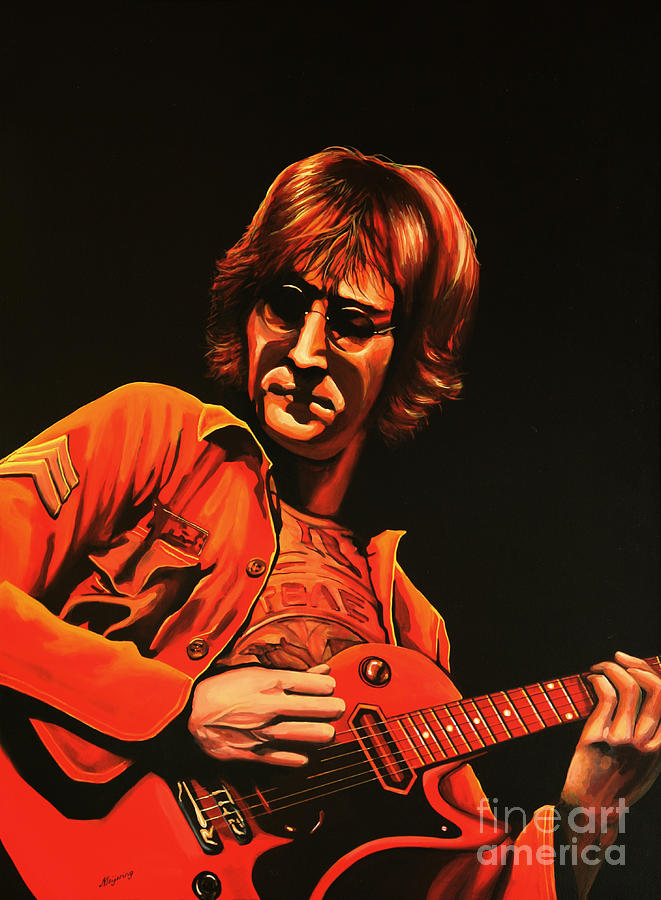 John Lennon Painting is a painting by Paul Meijering which was uploaded on April 30th, 2012.

John Lennon of The Beatles- realistic acrylic painting of the late English singer and songwriter John Lennon, painted by the Dutch fine artist Paul Meijering - the Original painting is 120 x 90 cm and SOLD

John Winston Ono Lennon, MBE (born John Winston Lennon; 9 October 1940 - 8 December 1980) was an English singer and songwriter who rose to worldwide fame as a co-founder of the band the Beatles, the most commercially successful band in the history of popular music. With fellow member Paul McCartney, he formed a celebrated songwriting partnership.

Born and raised in Liverpool, Lennon became involved in the skiffle craze as a teenager; his first band, the Quarrymen, evolved into the Beatles in 1960. When the group disbanded in 1970, Lennon embarked on a solo career that produced the critically acclaimed albums John Lennon/Plastic Ono Band and Imagine, and iconic songs such as "Give Peace a Chance", "Working Class Hero", and "Imagine". After his marriage to Yoko Ono in 1969, he changed his name to John Ono Lennon. Lennon disengaged himself from the music business in 1975 to raise his infant son Sean, but re-emerged with Ono in 1980 with the new album Double Fantasy. He was murdered three weeks after its release.

Congratulations on the successful sale!

Congratulations on your sale, Paul.

Congratulations on the recent sale!!!

Congratulations, your beautiful and soulful creation is featured on the homepage of "Ardent Essence Of Your Soul" group. Stay blessed, happy and live free. :) L/F

Thank you so much, Tonya, for all your support, compliments and the feature in your wonderful group!!;-))

This wonderful picture is submitted in the homepage of the "Pictures for Present" group.

Thank you so much, Michael, for all your support and the feature in your presentive group!!;-))

Congratulations on your sale! Beautiful work!

Thank you very much, Chellie, for your compliments as well!!;-))

Thank you so much, David, for the feature in your wonderful Group!;-)

Thank you so very much, Rebecca, for your compliment and the feature in your marvelous group!!;-))