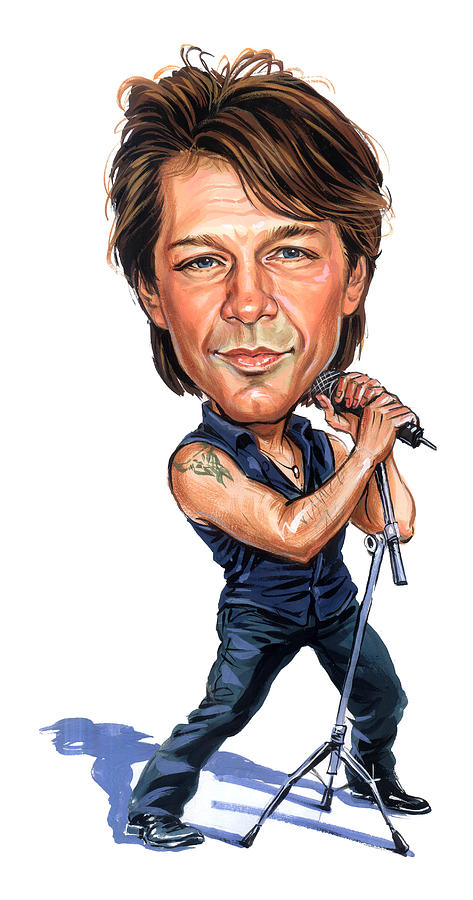 Jon Bon Jovi is a painting by Art which was uploaded on July 1st, 2013.

John Francis Bongiovi, Jr. (born March 2, 1962), known as Jon Bon Jovi, is an American musician, singer, songwriter, record producer and actor, best known as the founder and lead singer of rock band Bon Jovi, which was formed in 1983.
During his career, he has released two solo albums and eleven studio albums with his band, which to date have sold over 130 million albums worldwide making them one of the world's best-selling music artists. Besides his music career, Jon Bon Jovi started an acting career in the 1990s, starring roles in several movies include Moonlight and Valentino and U-571 and also made appearances on TV series including Sex and the City and Ally McBeal.
As a songwriter, Jon Bon Jovi was inducted into Songwriters Hall of Fame in 2009. In 2012, Jon Bon Jovi ranked number fifty on the list of Billboard magazine's "Power 100", a ranking of "The Most Powerful and Influential People In The Music Business".[3] In 1996, People magazine named him as one of the "50 Most Beautiful People In The World". In 2000, the same magazine named him as the "Sexiest Rock Star" and he was also placed at number thirteen on VH1's "100 Sexiest Artists ".
In addition, Jon Bon Jovi is the one of the majority owners of the AFL team Philadelphia Soul. He is the founder of The Jon Bon Jovi Soul Foundation which was founded in 2006 and exists to combat issues that force families and individuals into economic despair. He also campaigned for Al Gore in the 2000 Presidential election, John Kerry in the 2004 Presidential election, and Barack Obama in the 2008 Presidential election. In 2010, President Barack Obama named Jon Bon Jovi to the White House Council for Community Solutions. He was also awarded an honorary Doctorate of Humanities from Monmouth University in 2001. Source: Wikipedia.org