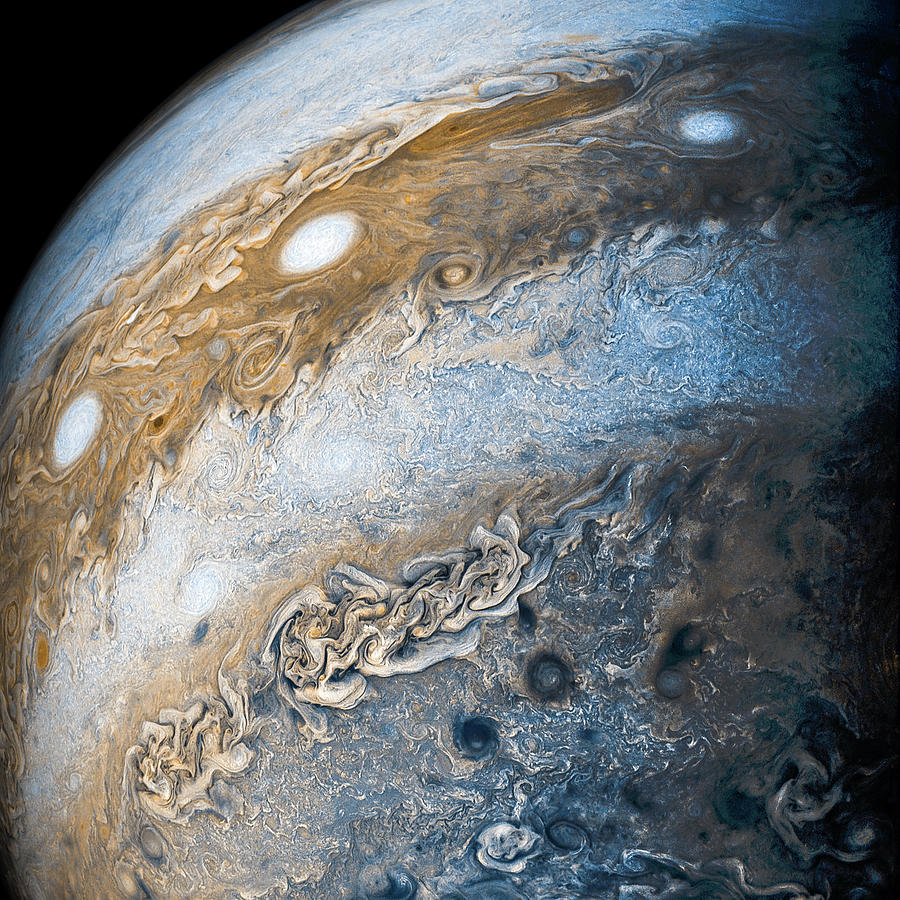 Jupiter Up Close is a photograph by Nasa which was uploaded on February 11th, 2018.

This enhanced-color image of Jupiter's bands of light and dark clouds was created by citizen scientists Gerald Eichstädt and Seán Doran using data from the JunoCam imager on NASA's Juno spacecraft.

(I further enhanced the image to bring out more detail. --EG)

Three of the white oval storms known as the "String of Pearls" are visible near the top of the image. Each of the alternating light and dark atmospheric bands in this image is wider than Earth, and each rages around Jupiter at hundreds of miles (kilometers) per hour. The lighter areas are regions where gas is rising, and the darker bands are regions where gas is sinking.

JunoCam's raw images are available at www.missionjuno.swri.edu/junocam for the public to peruse and process into image products.

More information about Juno is online at http://www.nasa.gov/juno and http://missionjuno.swri.edu.