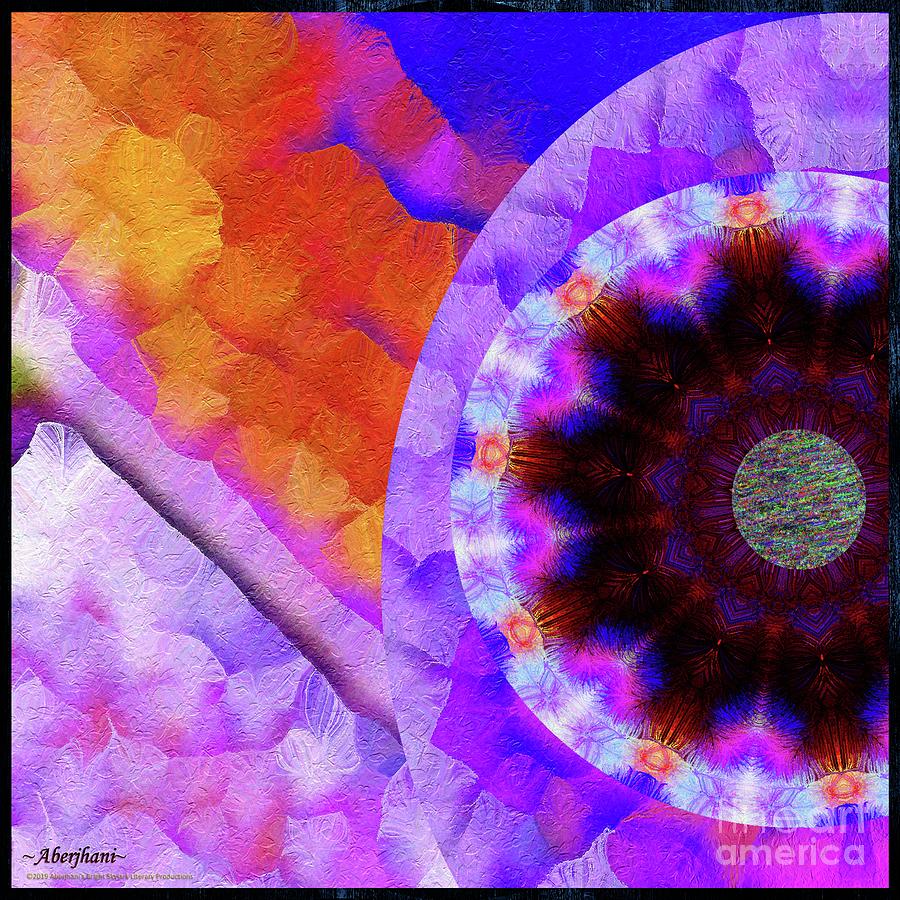 Kaleidoscope Moon for Children Gone Too Soon Number - 5 Flame and Flower is a piece of digital artwork by Aberjhani which was uploaded on January 17th, 2019.

THE IMAGE ITSELF
Every now and then I labor on an image that rejects my plans for it and insists I allow it to shape itself. "Flame and Flower" represents one of those instances. The abstract representation of fire moving over flowers piled up in a partial pyramid shape is a visual metaphor for self-defeating divisiveness. It can come in various forms, such as: violent conflict resolution versus nonviolent conflict resolution, love versus hate, or co-existence versus... well, not exactly a whole lot of choices there.

People who don't necessarily subscribe to one concept or the other find themselves caught in the middle of unsettling friction. Like U.S. government employees suffering from the current government shutdown, many children gone before their time were casualties of different kinds of wars, some inside the heads of deranged individuals and some on politically-designed battlefields. In "Kaleidoscope Moon for Children Gone to Soon Number - 5 Flame and Flower." the huge waxing moon looming in the foreground and surrounded by a halo of violet and silver petals could be symbolic of what is called "the harmony of the spheres." Or it may symbolize that possibility of a "unified humanity" so many of history's great thinkers have proposed.

Thank you Alfonso for stopping by and checking out "Kaleidoscope Moon for Children Gone Too Soon Number - 5 Flame and Flower." Glad you liked it.

So beautiful piece of art

Very glad you liked it Sasha.

Absolutely breathtaking work! You are very talented and I am a huge fan of your work! Thank you so much for your recently comments on my work! ~ Sincerely Cia ~

Thank you very much Swedish Attitude Design for checking it out.

Hi Aberjhani, I love this creation it is so boldly colored and full of energy! L/F.

Thank you Ben. I had fun working on it.

Much gratitude to the ABSTRACT MOODS, BEST FOR BLANKETS, & ARTS FANTASTIC WORLD groups for this featuring this work.

Appreciate you dropping by and checking it out Grace.

Thank you very much Ann.

That you speak so eloquently and visually for those in conflict, is a grace only yours,Aberjhani. This is just so beautiful,unique,moving. Kudos...fv...VIVA

Thanks for that VIVA. Just trying to do my part among the many who share the same peace-driven goal.