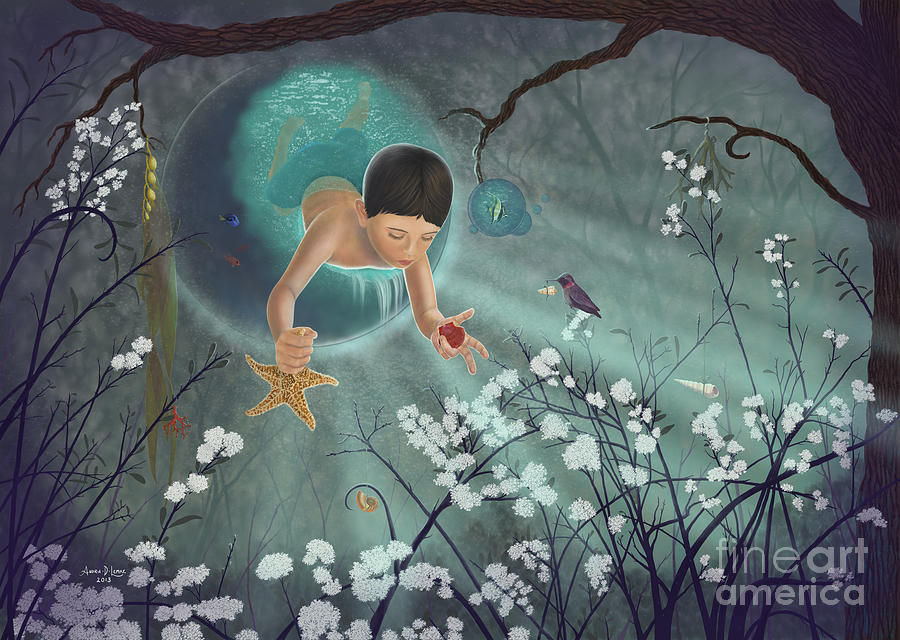 Keepsakes of the Ocean is a piece of digital artwork by Audra Lemke which was uploaded on April 12th, 2013.

Keepsakes of the Ocean

Note: Watermark will not appear in the printed image! Details will show up best in a large print.... more

Keepsakes of the Ocean

Note: Watermark will not appear in the printed image! Details will show up best in a large print.

A boy emerges from a portal to bring ocean gifts to a collector in the forest. Is the child visiting from a sea far away? Or are the precious ocean keepsakes lost relics from another time? Protect our oceans! Painted digitally.

Thank you so very much Lin!

Thank you so much, Iris!

Thank you for the feature, Robyn! Much appreciated!

Congratulations, your creative and unique art work is featured in the "Out Of The Ordinary 1 A Day" group! 6/13/16

Thank you so much for the feature!!

Thank you so much Lingfai!

Thank you Hilda for stopping by to comment! I appreciate it!

Beautiful. Congrats on your features. v/f

Thank you so much Oiyee!