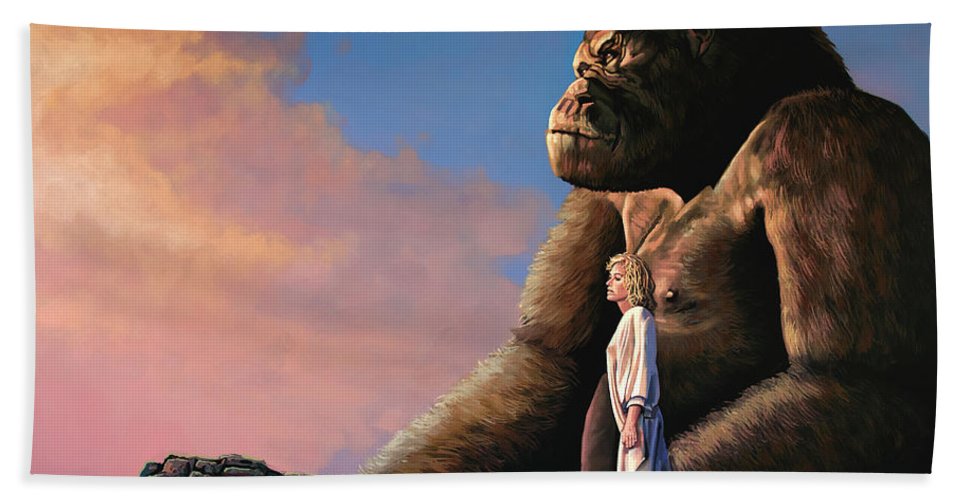 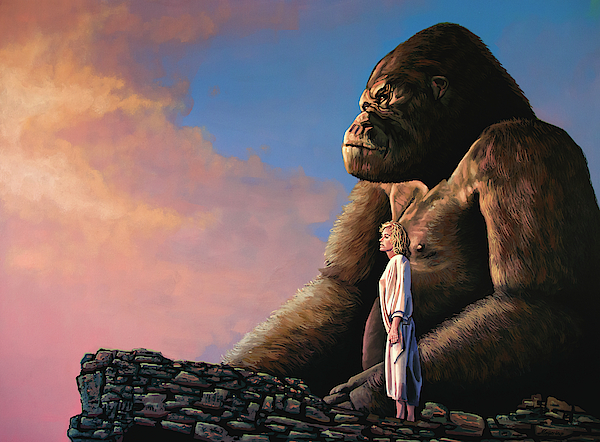 Congratulations!! This stunning image has been selected to be featured for the week in the “Art for Ever with You” Group Home Page. You are welcome to add a preview of this featured image to the group’s discussion post titled “2020 February: Stunning Group Featured Images and Thank-you’s” for a permanent display within the group, to share this achievement with others. Also feel free to post your feature on our group Facebook page: https://www.facebook.com/groups/296998814248643/ Thank you for your participation in the group! ~Jan (February 3, 2020)

Paul, your art is one of the things I missed most not being on FAA as much lately. This is fabulous as is all of your works. F

Congratulations on your feature in the group OBSESSED Painters Paintings

Love it, use it all the time, great product, quick delivery, would recommend A ***** Seller

I liked it and am sure my friend who owns an Amazon parrot will too.

Realistic acrylic painting of the movie King Kong of Peter Jackson with Naomi Watts, painted by the Dutch fine artist Paul Meijering - the Original painting is 90 x 120 cm and for sale King Kong is a 2005 epic monster adventure film co-written, produced, and directed by Peter Jackson. A second remake of the 1933 film of the same name, the film stars Naomi Watts, Jack Black, Adrien Brody, and, through motion capture, Andy Serkis as the title character. Set in 1933, it follows the story of an ambitious filmmaker who coerces his cast and hired ship crew to travel to the mysterious Skull Island. There, they encounter bizarre creatures living on the island as well as a legendary giant gorilla known as Kong, whom they capture and take to New York City.