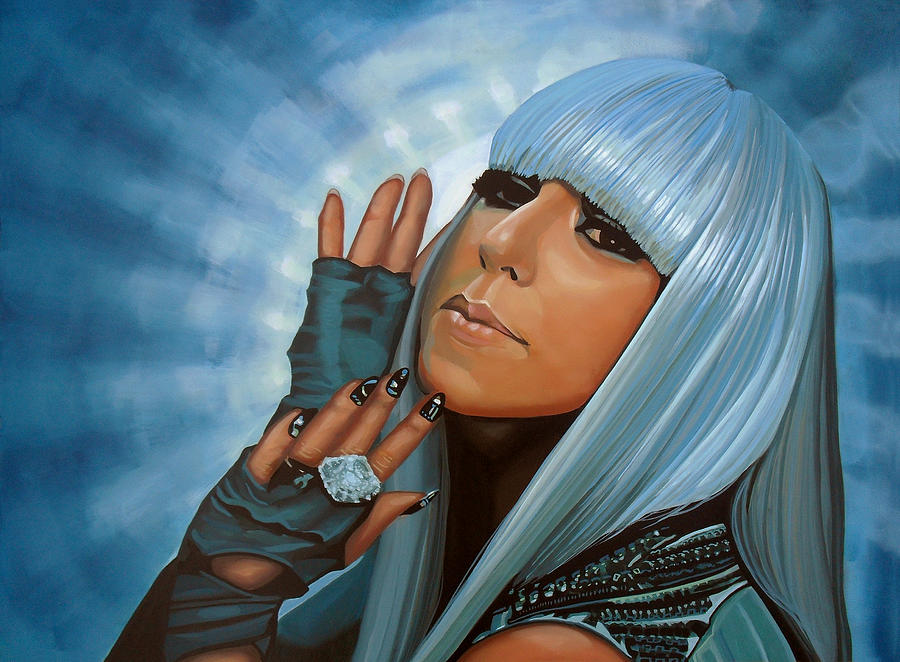 Lady Gaga Painting is a painting by Paul Meijering which was uploaded on April 30th, 2012.

Lady Gaga - Realistic acrylic painting of the American singer, songwriter, and actress, painted by the Dutch fine artist Paul Meijering - the Original painting is 90 x 120 cm and for sale

Lady Gaga, is an American singer, songwriter, and actress. She is known for her self-empowering messages, fashion, and live performances.
Her debut album The Fame (2008) was a critical and commercial success that produced global chart-topping singles such as "Just Dance" and "Poker Face". A follow-up EP, The Fame Monster (2009), was met with a similar reception and released the successful singles "Bad Romance", "Telephone", and "Alejandro". Her second full-length album Born This Way was released in 2011, topping the charts in more than 20 countries, including the United States, where it sold over one million copies in its first week. The album produced the number-one single "Born This Way". Her third album Artpop, released in 2013, topped the US charts and included the successful single "Applause". In 2014, Gaga released a collaborative jazz album with Tony Bennett titled Cheek to Cheek, which became her third consecutive number one in the United States. For her work in the television series American Horror Story: Hotel, Gaga won a Golden Globe Award in 2016.

Congratulations on your new sale Paul

She's one of my favorites, about to watch the "Bad Romance" video..Thank you Paul for all your great work!

Thank you so much, John, for the feature in your marvellous Group!;-)

Congratulations, your picture has been features in the group "Blue is the colour"

Thank you so much, Susanne, for the feature!;-)

Thank you so much, Rebecca, for the feature and compliments!!...;-))

Featured in The Creators Guild, another Masterpiece by one of our highly talented Members/bravo