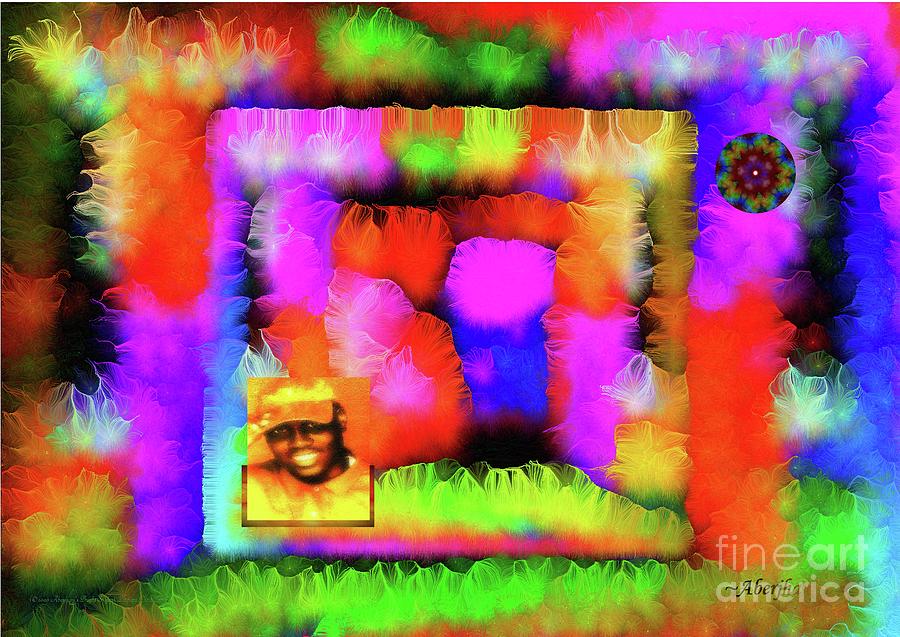 Landscape for a Smiling Jogger is a mixed media by Aberjhani which was uploaded on May 18th, 2020.

Landscape for a Smiling Jogger

Early on in my experiments with different applications of the Silk-Featherbrush technique used for this artwork, I discovered it was adaptable enough... more

Landscape for a Smiling Jogger

Early on in my experiments with different applications of the Silk-Featherbrush technique used for this artwork, I discovered it was adaptable enough to employ either as abstract works by themselves or as elements to enhance themes and subjects. Adaptability was important here because I wanted to acknowledge the tragedy of the case involving the subject jogger, Ahmaud Arbery, but also honor aspects of his life not defined by his death. Or the way he died. Photos of him on the internet indicate someone with a cheerful disposition and a big beautiful smile.

I started out with the idea of creating a frame worthy of someone who, according to his father Marcus Arbery Sr., had to be reminded to keep most of his paycheck for himself and stop giving away most of his money to help other people. The idea of a frame was okay but it became obvious more was needed to capture the larger scope of Ahmaud Arbery’s story, including the way the hashtag #IRunWithAhmaud took over social media on what would have been his 26th birthday, May 8, 2020. Something like a Silk-Featherbrush landscape.
In the end, I felt like he was someone who overflowed with a passion for life and who lit up in the presence of people he loved and who loved him. So with that in mind this piece goes a bit overboard with curving floral lines and color bursts of rose, yellow, orange, white, blue, teal, purple, green, black, and red. The kaleidoscope moon makes this part of my series identifying Arbery as a youth lost too soon to gun violence.

What happened to Arbery while reportedly out jogging (many have described as a modern-day lynching) has had a strong impact on me for many reasons, including the fact that it occurred in Brunswick, Georgia (USA), just a short drive from where I grew up in Savannah, Georgia. I’ve written more about Ahmaud Arbery here:

Wonderful colours and visuals for this charming and magnificent art creation Aberjhani!! i truly enjoy the uplifting energy in this beautiful art!! L/F

Thank you very much Carol for checking it out. The case of Ahmaud Arbery like those of George Floyd & Breonna Taylor is an important one helping to bring about some much-needed social-justice change.

Thank you Danny. The problem is one people are struggling to correct all around the world. Sooner or later we've got to get right.

A touching tribute through art and a reminder that we all have an obligation to call out racism anywhere it still exists and evil where ever it is perpetrated.

Awesome tribute, Aberjhani!! It really transmits a passion for life through a vibrant landscape!! L/F

Thank you Angeles for checking out "Landscape for a Smiling Jogger." Tried hard to handle the subject with respect & dignity.