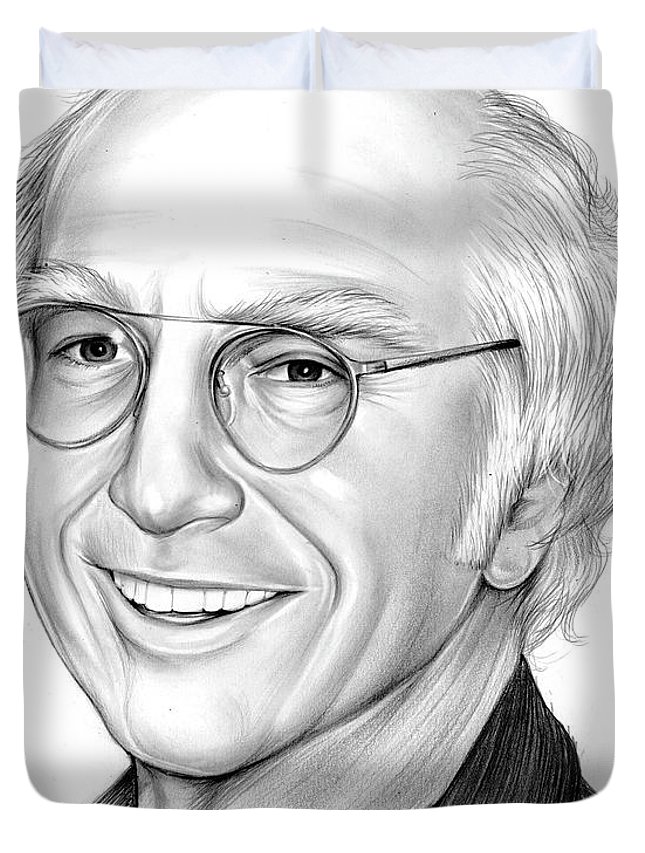 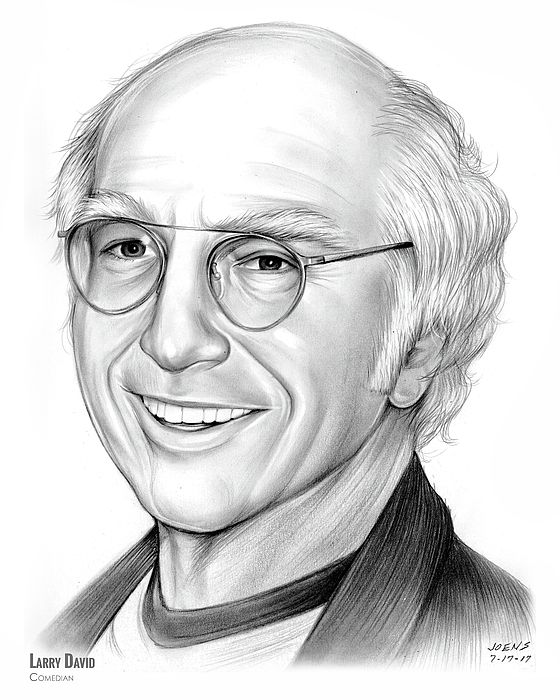 Queen duvet cover (88" x 88") featuring the image "Larry David" by Greg Joens. Our soft microfiber duvet covers are hand sewn and include a hidden zipper for easy washing and assembly. Your selected image is printed on the top surface with a soft white surface underneath. All duvet covers are machine washable with cold water and a mild detergent.

Son thrilled with the duvet cover!

Looks great! Thank you for doing this for me.

Great picture, however you can’t see the goal post at all. Not sure if it’s because it’s blown up in a duvet cover or if the colors bled making it not noticeable and not really like the picture online

A really nice quality quilt cover. The picture is really clear and the fabric is very soft. Th size for Australians is bigger than single but smaller than double in width. Length is the same. I'm going to use a double quilt and take off 20cm.

Larry David - Pencil Sketch of the Day for Monday, July 17, 2017 Lawrence Gene David(born July 2, 1947) is an American comedian, writer, actor, playwright, and television producer. He and Jerry Seinfeld created the television series Seinfeld, where he served as its head writer and executive producer from 1989-96. David has subsequently gained further recognition for the HBO series Curb Your Enthusiasm, which he also created, in which he stars as a semi-fictionalized version of himself. David's work won him a Primetime Emmy Award for Outstanding Comedy Series in 1993. Formerly a stand-up comedian, David went into television comedy, writing and starring in ABC's Fridays, as well as writing briefly for Saturday Night Live. He has won two Primetime Emmy Awards, and was voted by fellow comedians and comedy insiders as the 23rd greatest comedy star ever in a 2004 British poll to select "The Comedian's Comedian".