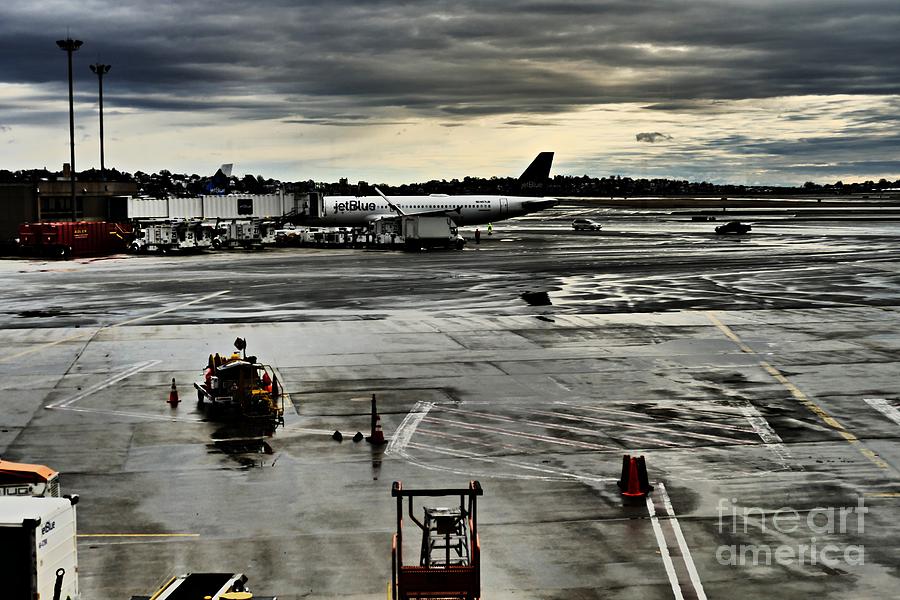 Logan Airport Overcast Day is a photograph by Sarah Loft which was uploaded on March 29th, 2019.

Logan has service to destinations throughout the United States, Canada, Mexico, Latin America, the Caribbean, the North Atlantic region (including Bermuda and the Azores), Europe, and Asia. Effective June 22, 2019, Logan will also commence a direct flight to Africa courtesy of Royal Air Maroc to their hub airport in Casablanca . Much of this trend is attributed to the advent of mid-sized long-range airliners such as the Boeing 787 and Airbus A350, as well as the growing New England economy, which in turn has caused Logan to see rapid growth in international traffic, with new routes as well as increased frequencies on existing routes.

This capture is stunning, Sarah!! L/F

Thank you, John! I appreciate the feature.