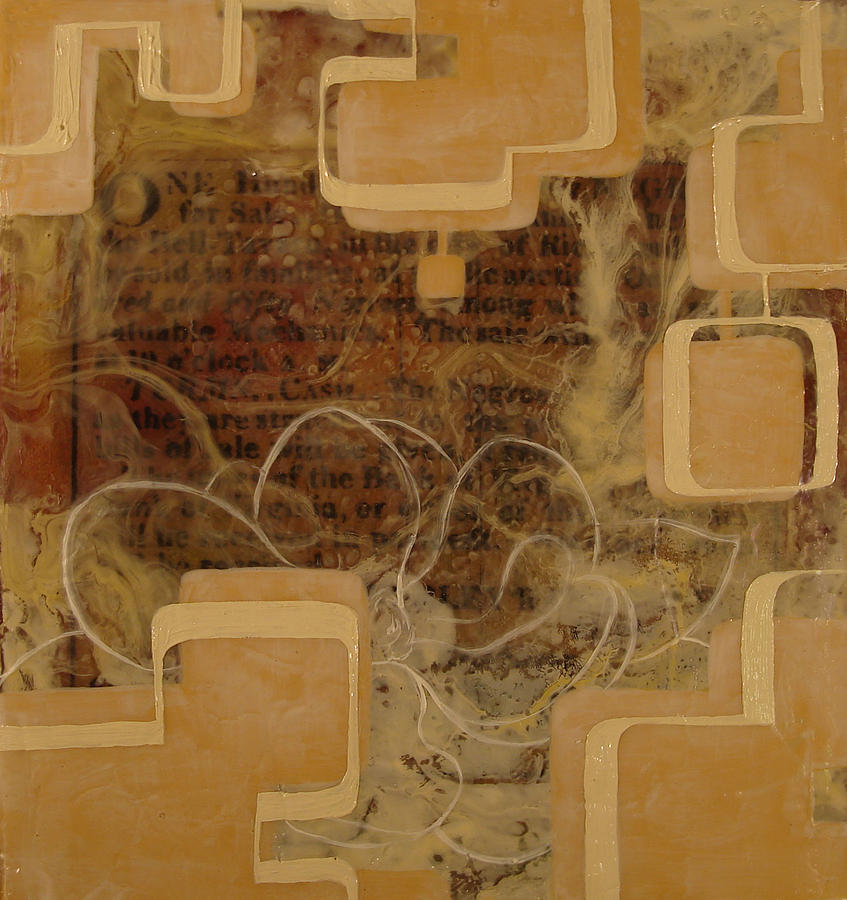 Long Gone And Far Away is a painting by Monica James which was uploaded on December 2nd, 2008.

Long Gone And Far Away

The burial and excavation of the history of African Americans fuels my current practice as a painter. I have found that the cities of Savannah,... more

Long Gone And Far Away

The burial and excavation of the history of African Americans fuels my current practice as a painter. I have found that the cities of Savannah, Richmond, and Charleston were significant points of trade in the trans-Atlantic slave trade and as such were rich in history. Thousands of people had been sold, families torn apart, lives and spirits destroyed. Relics of amazing stories of survival and resolve waiting to be unearthed. This history is not particularly important in the larger sphere of American and world history. Its erasure can be contributed to
institutionalized racism. Forgotten and buried artifacts, sacred sites, and even burial grounds are at constant risk of an eminent peril. Richmond's Shockoe Bottom was such a site. In the years between the ban on the slave
trade and the end of the Civil War, Shockoe Bottom functioned as one of the most important slave trading centers in the United States. It has been estimated that up to 350,000 people of African descent were sold out of Virginia between 1790 and 1859. This means that, all across North America, many African-Americans can trace their lineage to the auction houses of Shockoe Bottom. This is a forgotten territory that I have sought to resurrect with this series.

Forgotten Territory began with my research on Shockoe Bottom. I first encountered the history of the area through Richmond's monthly paper "The Defender," published by the Defenders of Freedom, Justice, and Equality. Capturing my attention were articles on Richmond's large role in the history of the slave trade and the historic landmarks that remain unmarked and unprotected by the national register. Only soil and asphalt stand where once stood Lumpkins Jail, Omohundro's Jail, and scores of auction houses. It is inconceivable to discover that a parking lot covers the final resting-place of many of our ancestors - the Burial Ground for Negroes. This series is my way of honoring the lives and spirit of fighters, and unsung heroes like Gabriel Prosser, who have struggled and continue to struggle for freedom, justice, and equality. I became very intrigued with Gabriel's story. He was a slave who planned a major revolt
organizing a thousand slaves to attack Richmond. Doomed for failure caused in part by a flood on the planned attack, and later a confidant who confessed to authorities. Feared by some and a hero to others the memory of Gabriel was almost destroyed. His name in itself spoke of things sacred to me and walked hand in hand with my thoughts and beliefs about Shokoe Bottom, a site that should be sacred ground. I was compelled to travel to Richmond to begin this series of work on the area. The research is as much a part of painting as laying the pigment down on canvas. It is a heart-wrenching process of finding the personal stories lying between the lines of newspaper ads. As I scan through them, I wonder about the human beings behind the cold runaway ads. What was their life like? Did runaways survive to make it past the Mason-Dixon Line or were they caught along the way? Each painting becomes a narrative, a window into the past, layered like an archeological dig as it delves further into history. The documents and articles are the starting point for my creative process. My imagination develops the story into color, shape, and visual metaphor. My process is very intuitive and reactionary. The paintings are created in layers and each layer is a reaction to its predecessor. A process very much akin to the burial and excavation of my subject matter. I find beauty and excitement in the search itself, and the excavation of hidden secrets is akin to a treasure hunt. Unearthing forgotten secrets, blowing off the dust watching them come back to life. These stories are full of both tragedy and triumph, stories worth remembering. African American history in Shokoe Bottom, Savannah, Charleston and all across America must be properly preserved in order to become places of education, of healing, and of understanding.