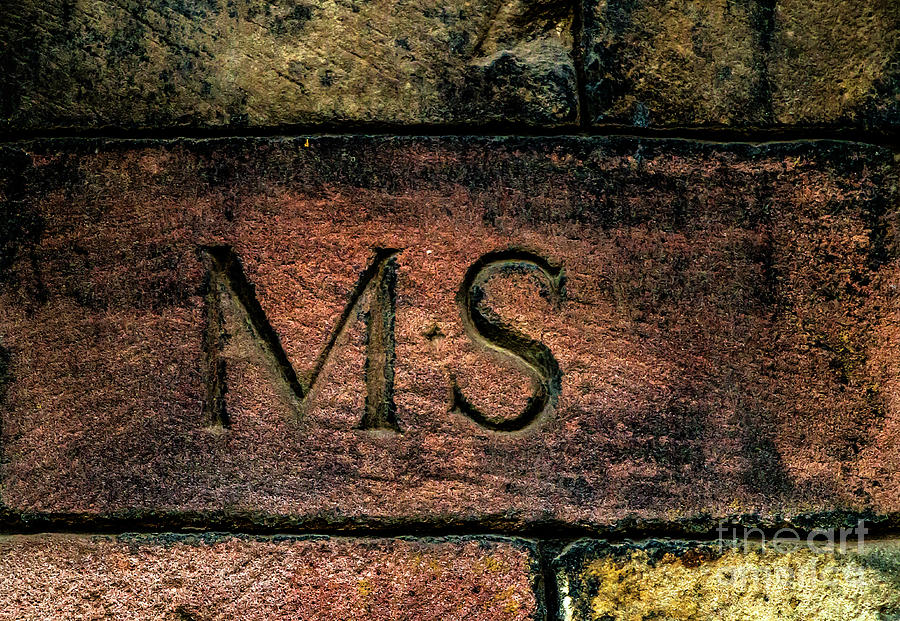 Mary Stuart, Queen Of Scots is a photograph by Elizabeth Dow which was uploaded on December 31st, 2019.

While exploring the backside of Holyrood Abby and Palace, I found these initials, M.S. engraved into the ancient stones. I knew immediately that they... more

While exploring the backside of Holyrood Abby and Palace, I found these initials, "M.S." engraved into the ancient stones. I knew immediately that they were the initials of Mary Stuart, Queen of Scots. Mary, Queen of Scots, also known as Mary Stuart or Mary I of Scotland, reigned over Scotland from 14 December 1542 to 24 July 1567. Mary, the only surviving legitimate child of King James V of Scotland, was six days old when her father died and she acceded to the throne. I love Queen Mary's story, albeit a tragedy to be sure. She was Queen Elizabeth's cousin and it was Queen Elizabeth who had her beheaded. The two women never met face to face, contrary to the latest Hollywood movie that came out a few years ago. Touring Holyrood Palace was amazing and I visited the chamber where David Rizzio, her Italian secretary, was murdered by her husband, Henry Stuart, Lord Darnley. Mary escaped to Edinburgh Castle where she delivered her son James Stuart. James would later become King of England, Scotland and Ireland. Do yourself a favor, and read up on all of the United Kingdom's monarchy. It is really fascinating.

Wow, this is incredible to be so up close and present in the place were such history took place, I have seen many documentaries and movies on this ture saga, I can not imagine being her bu the story is jaw-dropping, thanks for sharing!! FAV