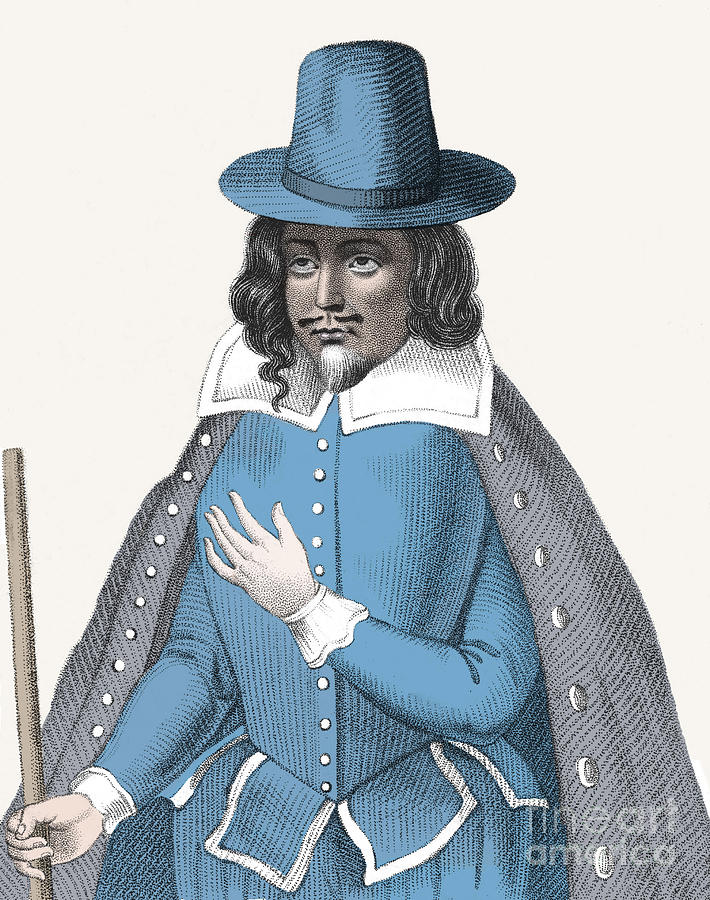 Matthew Hopkins, English Witch Hunter is a photograph by Science Source which was uploaded on March 7th, 2013.

Matthew Hopkins (1620 - August 12, 1647) was an English witchhunter whose career flourished during the time of the English Civil War. He claimed to... more

Matthew Hopkins (1620 - August 12, 1647) was an English witchhunter whose career flourished during the time of the English Civil War. He claimed to hold the office of Witchfinder General, although that title was never bestowed by Parliament. Very little is known of Matthew Hopkins before 1644, and there are no surviving contemporary documents concerning him or his family. His witch-finding career began in March 1644 and lasted until his retirement in 1647. During that period, he and his associates were responsible for more people being hanged for witchcraft than in the previous 100 years. He is believed to have been responsible for the deaths of 300 women. He used sleep deprivation to extract confessions from his victims. He would also cut the arm of the accused with a blunt knife, and if she did not bleed, she was a witch. His most infamous method was the swimming test. Suspects were tied to a chair and thrown into water, and those who floated were witches. He also looked for the Devil's mark, a mark that all witches or sorcerers were supposed to possess that was dead to all feeling and would not bleed, usually a mole, birthmark or an extra nipple or breast. He died in 1647, probably of pleural tuberculosis, at the age of 27. His witch hunting methods were outlined in his book The Discovery of Witches, which was published in 1647. During the year following the publication of his book, trials and executions for witchcraft began in the New England colonies.