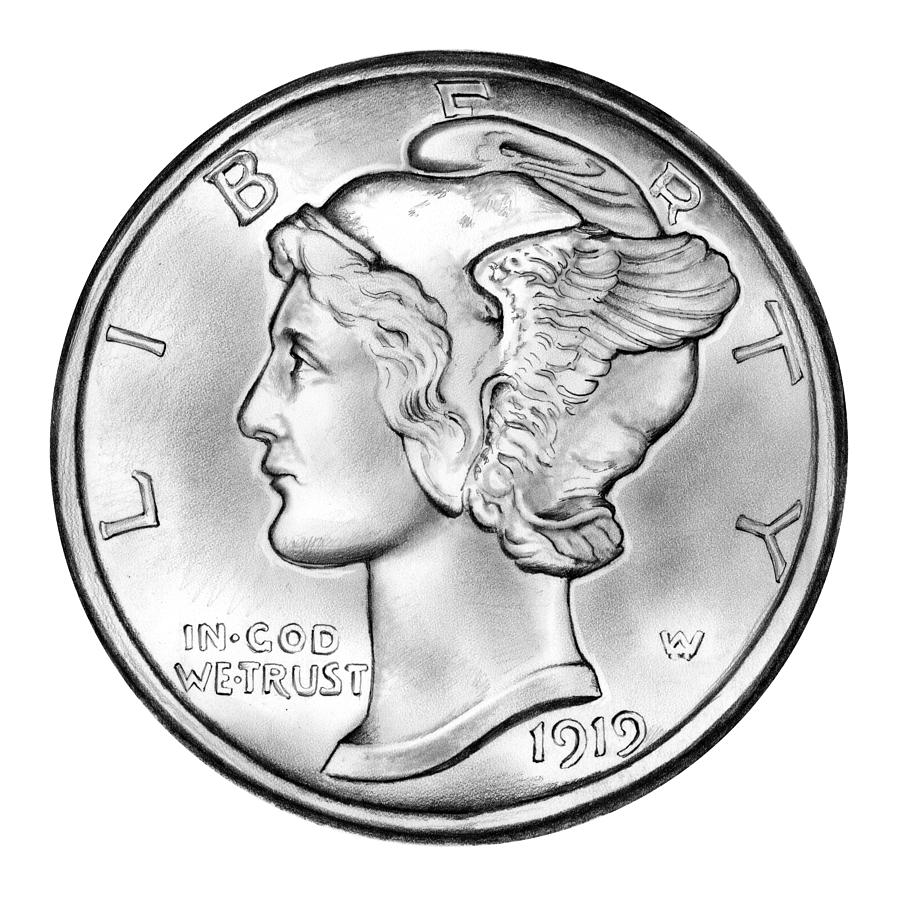 Mercury Dime is a drawing by Greg Joens which was uploaded on February 14th, 2015.

A pencil sketch of the United States 1919 Mercury Dime.... more

A pencil sketch of the United States 1919 Mercury Dime.

The Mercury dime is a ten-cent coin struck by the United States Mint from 1916 to 1945. Designed by Adolph Weinman and also referred to as the Winged Liberty Head dime, it gained its common name as the obverse depiction of a young Liberty, identifiable by her winged Phrygian cap, was confused with the Roman god Mercury. Weinman is believed to have used Elsie Stevens, the wife of lawyer and poet Wallace Stevens, as a model. The coin's reverse depicts a fasces, symbolizing unity and strength, and an olive branch, signifying peace.

By 1916, the dime, quarter, and half dollar designed by Mint Chief Engraver Charles E. Barber had been struck for 25 years, and could be replaced by the Treasury, of which the Mint is a part, without Congressional authorization. Mint officials were under the misapprehension that the designs had to be changed, and held a competition among three sculptors, in which Barber, who had been in his position for 36 years, also took part. Weinman's designs for the dime and half dollar were selected.

Although the new coin's design was admired for its beauty, the Mint made modifications to it upon learning that vending machine manufacturers were having difficulties making the new dime work in their devices. The coin continued to be minted until 1945, when the Treasury ordered that a new design, featuring recently deceased president Franklin Roosevelt, take its place.