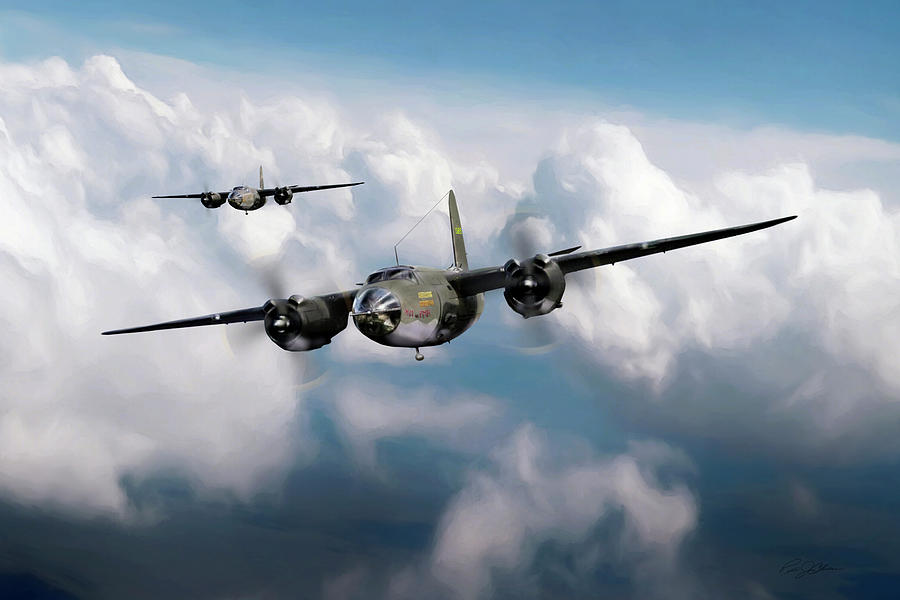 Mild And Bitter is a piece of digital artwork by Peter Chilelli which was uploaded on May 11th, 2021.

A Martin B-26B Marauder of the 452nd Bombardment Squadron, 322 Bombardment Group, Ninth Air Force, named Mild and Bitter, landed at RAF Bury St. Edmunds, a military airfield in Suffolk, England. When its engines had stopped, it had completed its second combat mission of the day: an attack against an enemy airfield at Évreaux-Fauville, in the Normandy region of France.
This was the one-hundredth combat mission flown by Mild and Bitter. It had flown 310 hours, 40 minutes in combat.
In those 100 missions, the airplane had never been forced to abort for mechanical reasons, it always came back with both of its engines running, never came back with its bomb load, and most importantly, of the 166 airmen who had flown aboard, none had ever been wounded or killed.
The bomber still had the two Pratt & Whitney Double Wasp engines which had been installed at the factory, having logged 449 hour, 30 minutes, total time since new (TTSN).