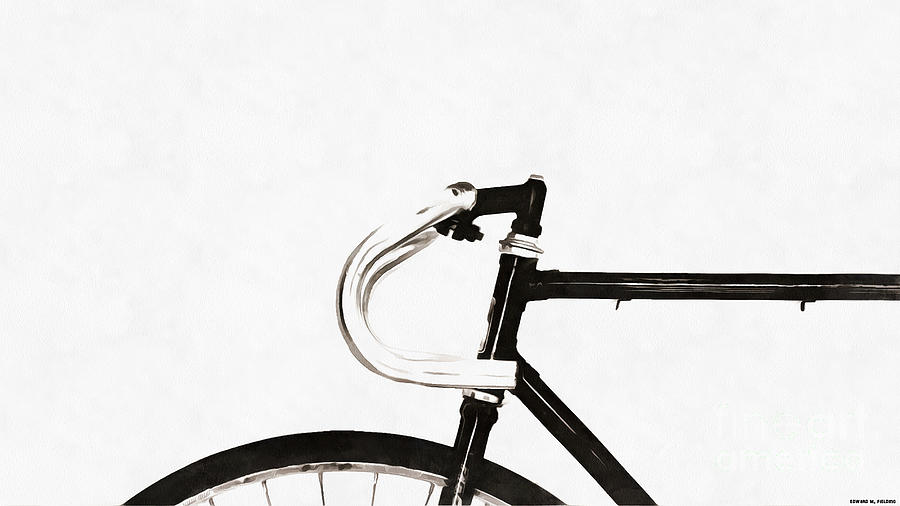 Minimalist Bicycle Painting is a photograph by Edward Fielding which was uploaded on January 25th, 2016.

Note: the watermark in the lower right does not appear in the final print.... more

note: the watermark in the lower right does not appear in the final print.
....
Minimalist Bicycle Painting by Edward M. Fielding - www.edwardfielding.com
....
A bicycle, often called a bike or cycle, is a human-powered, pedal-driven, single-track vehicle, having two wheels attached to a frame, one behind the other. A bicycle rider is called a cyclist, or bicyclist.

Bicycles were introduced in the 19th century in Europe and as of 2003, more than 1 billion have been produced worldwide, twice as many as the number of automobiles that have been produced. They are the principal means of transportation in many regions. They also provide a popular form of recreation, and have been adapted for use as children's toys, general fitness, military and police applications, courier services, and bicycle racing.

Hi Edward, looking for artists with great bicycle images for a group I just adopted called, Bicycle ART. Would love for you to join :)

Congratulations on your sale, Edward!

Thanks to my buyer of a Throw Pillow - 14" x 14" of "Minimalist Bicycle Painting" going to Littleton, CO. Enjoy!