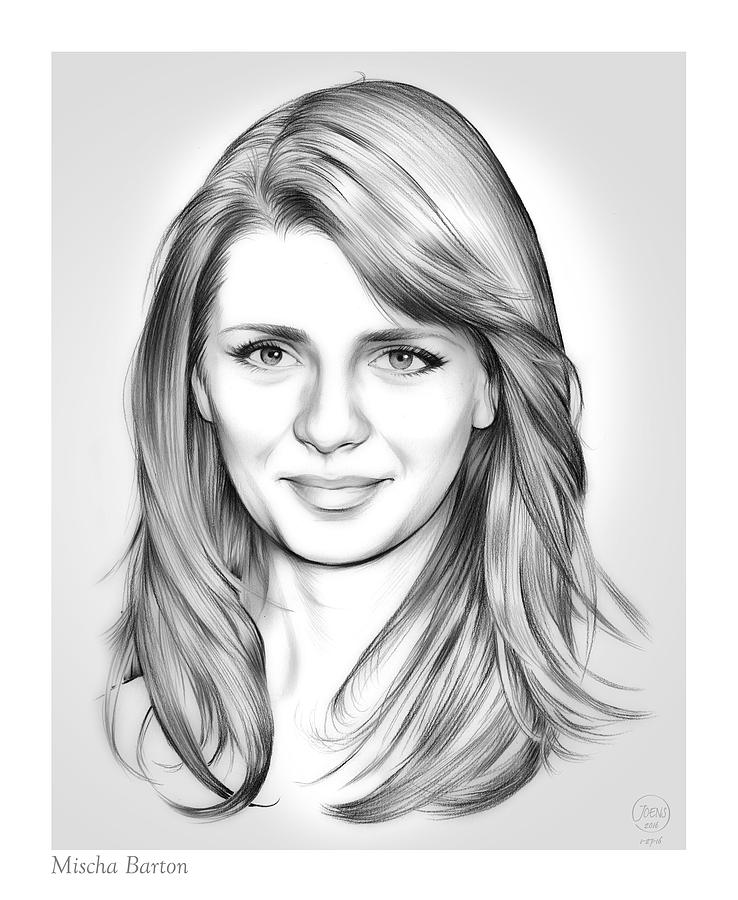 Mischa Barton is a drawing by Greg Joens which was uploaded on January 27th, 2016.

Mischa Anne Barton (born 24 January 1986)[1] is an English-American film, television, and stage actress, and occasional fashion model. She began her acting career on the stage, appearing in Tony Kushner's Slavs! and took the lead in James Lapine's Twelve Dreams at New York's Lincoln Center. She made her screen debut with a guest appearance on the American soap opera All My Children (1996). She then voiced a character on the Nickelodeon cartoon series KaBlam! (1996–97). Her first major film role was as the protagonist of Lawn Dogs (1997), an acclaimed drama co-starring Sam Rockwell. She continued acting, appearing in major box office pictures such as the romantic comedy, Notting Hill (1999) and M. Night Shyamalan's psychological thriller, The Sixth Sense (1999). She also starred in the critically acclaimed indie crime drama Pups (1999).

Barton later appeared in the independent drama, Lost and Delirious (2001) and played Evan Rachel Wood's girlfriend during a guest-arc on ABC's Once and Again (2001–02). She is known for her role as Marissa Cooper in the Fox television series The O.C. (2003–06), for which she received two Teen Choice Awards. The role catapulted Barton into mainstream fame, and Entertainment Weekly named her the "It Girl" of 2003.

Barton has since appeared in the comedy remake St Trinian's (2007), the Richard Attenborough-directed drama Closing the Ring (2007) and Assassination of a High School President (2008). She returned to television, starring in the short-lived Ashton Kutcher-produced CW series, The Beautiful Life: TBL (2009). In 2012, she returned to the stage, performing in the Irish production of Steel Magnolias. Source: Wikipedia