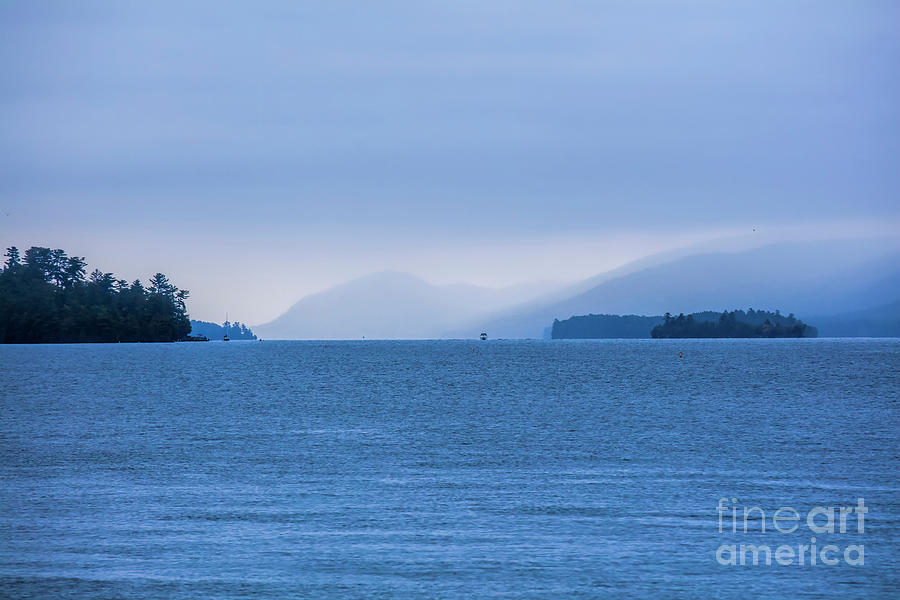 Misty Twilight, Lake George, New York is a photograph by Felix Lai which was uploaded on October 20th, 2018.

This photo captures one of my favorite lakes in US, Lake George in New York state. Lake George has been named, The most beautiful lake in the... more

This photo captures one of my favorite lakes in US, Lake George in New York state. Lake George has been named, "The most beautiful lake in the US"!!!

Lake George, nicknamed the Queen of American Lakes,[2] is a long, narrow oligotrophic lake located at the southeast base of the Adirondack Mountains, in the northeastern portion of the U.S. state of New York. It lies within the upper region of the Great Appalachian Valley and drains all the way northward into Lake Champlain and the St. Lawrence River drainage basin. The lake is situated along the historical natural (Amerindian) path between the valleys of the Hudson and St. Lawrence Rivers, and so lies on the direct land route between Albany, New York and Montreal, Quebec, Canada. The lake extends about 32.2 mi (51.8 km) on a north-south axis, is quite deep, and varies from one to three miles (1.6 to 4.8 km) in width, presenting a significant barrier to east-west travel. Although the year-round population of the Lake George region is relatively small, the summertime population can swell to over 50,000 residents, many in the village of Lake George region at the southern end of the lake.[not verified in body]
Lake George drains into Lake Champlain to its north through a short stream, the La Chute River, with many falls and rapids, dropping 226 feet (69 m) in its 3.5-mile (5.6 km) course—virtually all of which is within the lands of Ticonderoga, New York and near the site of the Fort Ticonderoga. Ultimately the waters flowing via the 106-mile-long (171 km) Richelieu River drain into the St. Lawrence River downstream and northeast of Montreal, and then into the North Atlantic Ocean above Nova Scotia.

Love the various shades of blue in this wonderful image, very calming, a fave Felix

A study in blues!!! So beautiful and soothing!!

~ This is so breathtaking, beautifully and totally amazing work! I love it! ~ Sincerely Cia ~