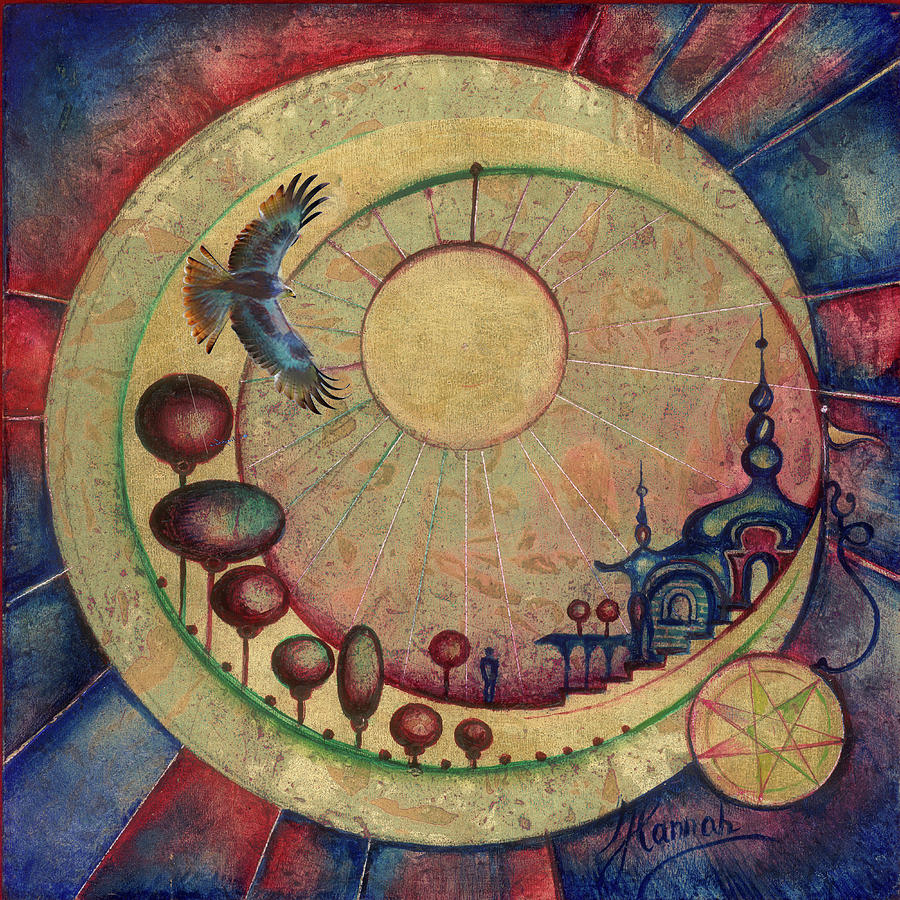 Mr Twardowski on the Moon is a painting by Anna Ewa Miarczynska which was uploaded on July 29th, 2016.

Mr Twardowski on the Moon

Mr Twardowski on the Moon - the Polish legend... more

Mr Twardowski on the Moon

Painting - Oil On Board

Mr Twardowski was the first man on the moon...
As the story goes Jan Twardowski was a nobleman living in Kraków. As a young man he signed a pact with the devil. He agreed to give his soul to Lucifer in exchange for having the dark forces make his wishes and whims come true. And so he worked them hard. He was seen riding on a big colorful rooster, he went against the current on the Vistula river without any sails, he created a silver mine in the town of Olkusz and many more. The pact said that he was to give his soul up in Rome which he thought would never happen as he had no intention of ever going to Italy.
The devil had enough of Twardowski's antics and decided to lure him to an inn. The inn was called "Rome" and so Mr. Twardowski was to give his soul to the devil. On his way to the dark beyond he started singing religious songs and the devils that were escorting him to hell could not stand that so they dropped him off on the moon. He is supposedly sometimes still visible there in the form of a small dot.

So much for the legend. However according to old reports this nobleman did in fact exist. While he did not ride on a rooster, nor make it to the moon, he was a rather famous alchemist and magician. In 1551 he supposedly summoned the spirit of the deceased queen Barbara, wife of King Zygmunt August.
There is also material proof surviving to this day in the form of a rather unusual mirror.
The mirror is huge and it is made out of polished metal. The inscription on it says in Latin: "Luserat hoc speculo magias Twardovius artes, lusus et iste Dei versus in obsequium est." Which means: "Twardowski played with this mirror, performing magical tricks, now it is destined to serve God". This mirror is now located in the town of Wegrow not far from Warsaw in the smaller basilica. The mirror was probably not used for summoning spirits though, but rather for fortunetelling. The alchemist would look into it and supposedly "see" people as well as future events. When placed at the right angle towards sunlight, it could project silhouettes on the wall.
Alchemists like Twardowski were actually precursors of modern day chemistry. They never succeeded in turning lead into gold, but did a lot of useful things instead. They assayed metals, refined salts, made pigments, glass, ceramics and even cosmetics. So whenever we reach for our household chemicals developed by modern day chemists, let us remember that it all started with the alchemists.

This is so very beautiful Anna