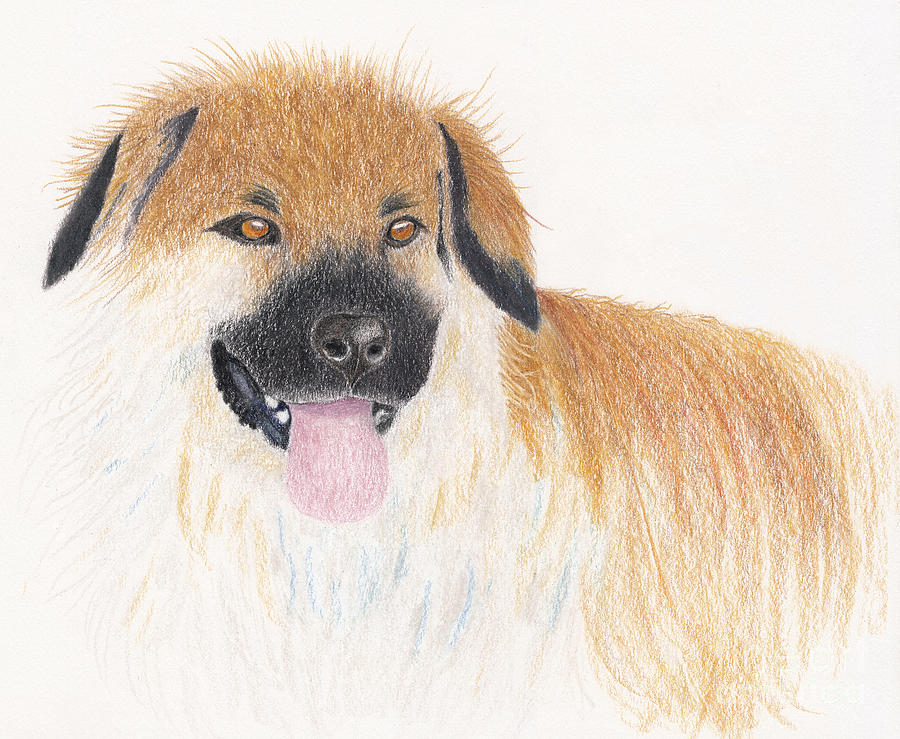 My Best Girl Teddi Bear is a drawing by Conni Schaftenaar which was uploaded on December 20th, 2020.

Many years ago I was at work in my office in Coopersville Michigan. The door opened and a... more

Many years ago I was at work in my office in Coopersville Michigan. The door opened and a woman came in with two puppies in a basket. She lived one highway exit west of Coopersville and said people were constantly dumping puppies and kittens off at the highway exit. If the locals found them, they adopted them or tried to find homes for them, which is what she was doing. The one little pup looked exactly like a little stuffed teddy bear, and I fell in love with her at first sight. She was fuzzy and sweet and thin under her fuzzy coat. I called my husband on the theory that I should at least "ask". This was before cell phones and he was not in the house, so I told the woman I would take the pup. Since I had left a message on the home phone, my husband was not surprised to see me come home with a pup - he was mildly annoyed that I hadn't waited to commit to it, but he took one look at her and the big, tough farmer said, "awww!"

Then a friend gave Teddi a couple of tiny stuffed toys she had from her kids. One was actually a teddy bear and the other a bunny. Teddi (AKA Ted, AKA Ted-Bert) was smart and if I said "get your baby", she would get the teddy bear. If I said "get the bunny", she would bring the stuffed rabbit.

We live on a farm, and Ted was the quintessential great farm dog. She kept the varmint population down, she greeted all visitors with a wagging, plumy tail and a big smile, she adored children. The friend who had donated the stuffed animals had a young son who would come to visit with her. He and Ted would race off and play, play, play! We called him Teddi's pet boy.

When the end came for her, I knew she was acting a little off, so was keeping an eye on her. One day, she basically disappeared. I knew she had gone off to die. I searched and found her near the creek that runs through our pasture, lying on a grassy hummock in the creek. I went and got a blanket and my husband and we carried her back to the house and called our vet. He was kind enough to come out and put her to sleep. She had spent countless hours during her life sitting at the top of our quarter-mile-long driveway hill keeping an eye out for visitors, so she is buried off to the side of the drive with a stone marker. I still miss my best girl.

Thanks so much, Rahdne! much appreciated!

Conni, you reduced me to tears! This is a loving, and beautiful, tribute to your best girl! Fav!

Thanks, Gary, much appreciated!

Magnificent composition, lighting, shading and artwork! F/L …voted for this piece in the DRAW AN ANIMAL CONTEST

Thanks, Laurel, I love the blog discussions in your contests! Appreciate your support!

Thanks so much, Conni for weighing in on the discussion blog thread…I encourage everyone to check out that thread…your entries detail the nuances of IMITATIONALISM as an aesthetic theory so beautifully. Thank you!

Thanks so much, Marsha!

Thank you, Eva! appreciate your support!

Thanks, dear friend Laurel, your comment has ME tearing up again, too - this was an emotional journey, as you are aware!

Conni, I returned this morning to your gallery and was treated to a side by side view of this nascent glaze of Teddi bear...and her companion transcended portrait. This is such a WONDERful love note to a fur baby friend. Then I glance at the emanating Light from the slashes of deepest green and blue and my gaze remains transfixed...her soulful beauty radiates! What a glorious memento to her. ..tissues...more tissues...

AWWW!...Teddi girl is looking so sweet! I love how you are sharing her next development with us...Conni, I know she is smiling watching you draw her best side ..Ma! More and more of her energy is developing and I am on the edge of my chair awaiting her development. I’ll bet she’s giving a heavenly tail wag...

Thanks to the group Midwest America Artists for the feature on 1/8/2021!

Thank you, Kay, I appreciate your kind comment (and I know you understand)!

Now that, Conni, is the definition of a bittersweet story! We always try to be kind to our animals and know when it's time to help them cross that bridge. You did that. And I love Teddi!

CONNI CONGRATULATIONS on yoir Homepage Feature in Created by my Pencil Power Group..YAY,