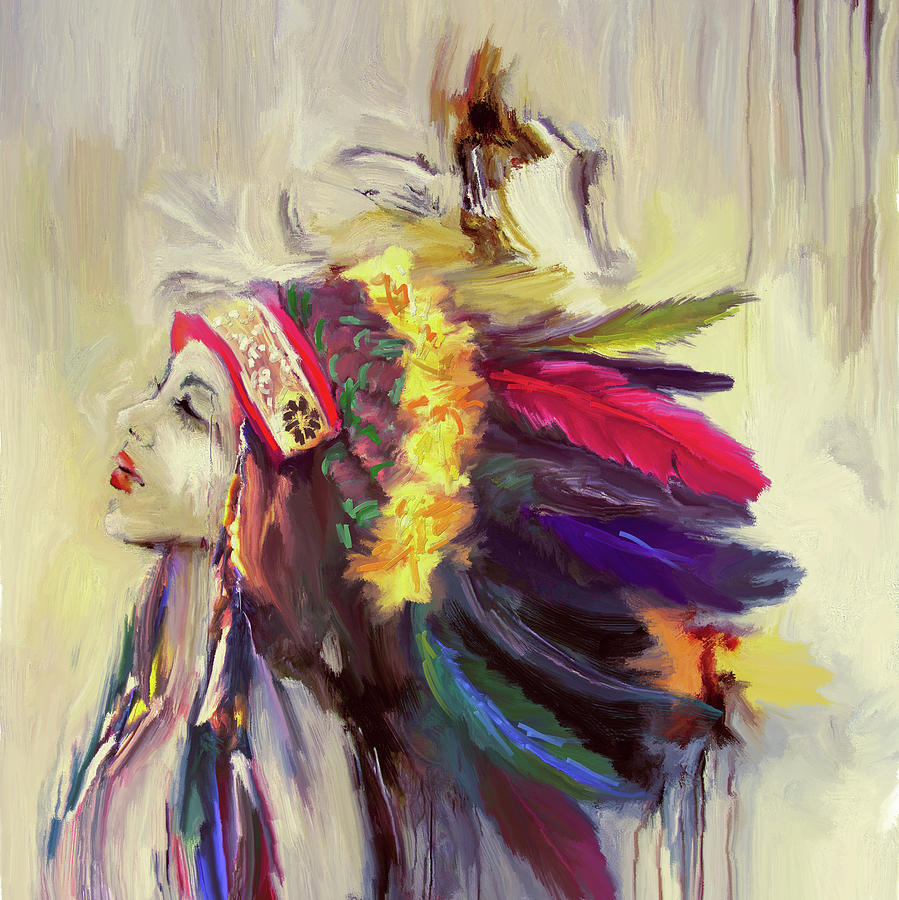 Painting imagiry tookm from Lowa tribe costume and I painted the tribes head dress. Painting medium is oil paints. The Iowa, also known as the... more

Painting imagiry tookm from Lowa tribe costume and I painted the tribes head dress. Painting medium is oil paints. The Iowa, also known as the Báxoǰe, are a Native American Siouan people. Today they are enrolled in either of two federally recognized tribes, the Iowa Tribe of Oklahoma and the Iowa Tribe of Kansas and Nebraska. With the Missouria and the Otoe, the Ioway are the Chiwere-speaking peoples, claiming the Ho-Chunks as their "grandfathers." Their estimated population of 1,100 (in 1760) dropped to 800 (in 1804), a decrease caused mainly by smallpox, to which they had no natural immunity. In 1837, the Iowa were moved from Iowa to reservations in Brown County, Kansas, and Richardson County, Nebraska. Bands of Iowa moved to Indian Territory in the late 19th century and settled south of Perkins, Oklahoma, becoming the Iowa Tribe of Oklahoma. The Iowa have had customs similar to those of the other Siouan-speaking tribes of the Great Plains, such as the Omaha, Ponca and Osage. They were a semi-nomadic people who had adopted horses for hunting, but they also had an agricultural lifestyle similar to the tribes inhabiting the Eastern woodlands. They planted maize, manufactured alum pipes and traded these along with furs with the French colonizers.Historically, their houses were of various kinds, including bark lodges (chakiruthan), tipis, and at times, earth lodges, oven-shaped buildings covered with earth for protection from extremes of temperature and oriented to a cardinal direction.