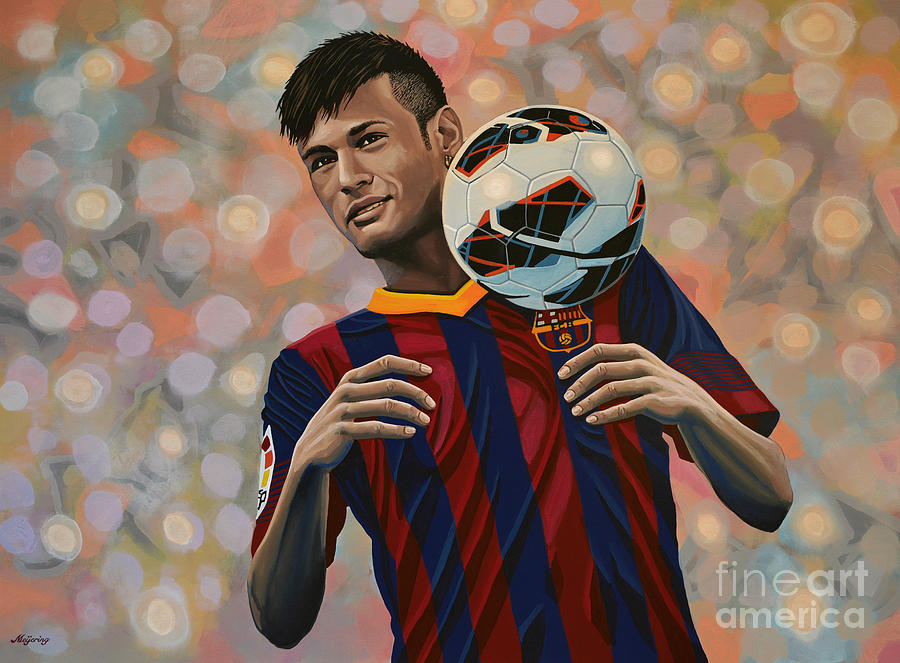 Neymar is a painting by Paul Meijering which was uploaded on January 26th, 2016.

Realistic acrylic painting of the Brazilian professional footballer who plays for Spanish club FC Barcelona and the Brazil national team; Neymar, painted by the Dutch fine artist Paul Meijering - the Original painting is 90 x 120 cm and for sale

Neymar da Silva Santos Junior (born 5 February 1992), commonly known as Neymar or Neymar Jr., is a Brazilian professional footballer who plays for Spanish club FC Barcelona and the Brazil national team as a forward or winger, and is also the captain of the national team.

At the age of 19, Neymar won the 2011 South American Footballer of the Year award, after coming third in 2010. He followed this up by winning it again in 2012. In 2011 Neymar won the FIFA Pusk￿Award for Goal of the Year. In 2015 he came third for the FIFA Ballon d'Or behind Lionel Messi and Cristiano Ronaldo. Neymar is known for his acceleration, dribbling skills, finishing and ability with both feet. His playing style has earned him critical acclaim, with fans, media and former players drawing comparison to former Brazil forward Pel￿who has called Neymar "an excellent player", while Ronaldo, Ronaldinho and Lionel Messi have stated "he will be the best in the world".

Thank you so much, John, for your support and the feature in you exciting group!!;-))...

Thank you zo much, Jean, for your support and the feature in your wonderful group!!...;-))