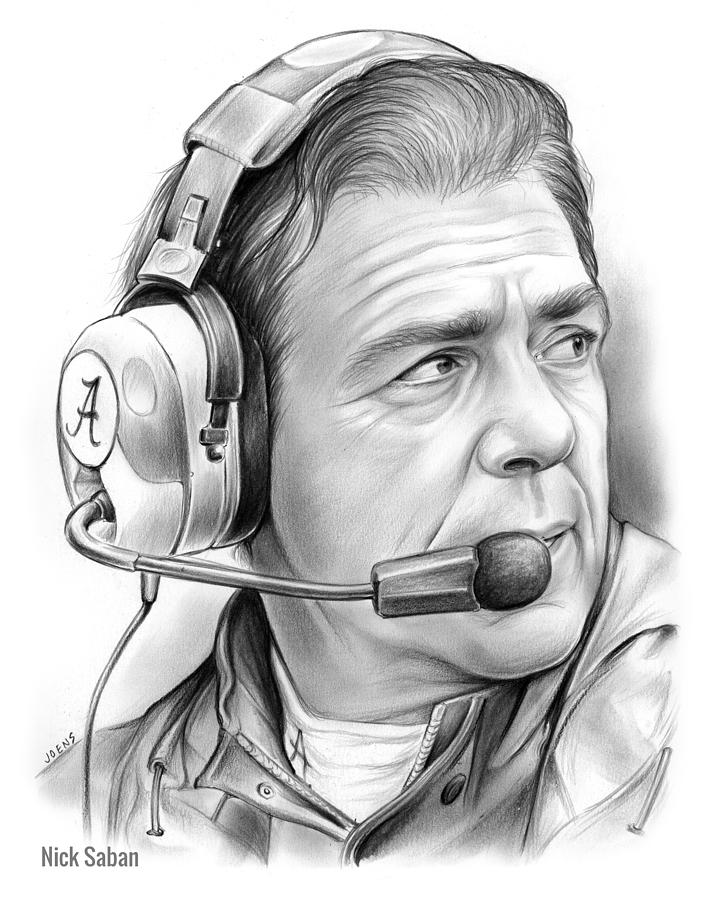 Nick Saban is a drawing by Greg Joens which was uploaded on September 8th, 2015.

Nicholas Lou "Nick" Saban, Jr. ( born October 31, 1951) is an American college football coach, and the current head football coach of the University of Alabama, a position he has held since the 2007 season. Saban previously served as head coach of the National Football League's Miami Dolphins and three other universities: Louisiana State University, Michigan State University, and the University of Toledo. His eight-year contract totaling US $32 million made him one of the highest paid football coaches, professional or collegiate, in the United States at the time. He appeared on the September 1, 2008, cover of Forbes magazine as "The Most Powerful Coach in Sports". Saban's career record as a college head coach is 178–59–1.

Saban led the LSU Tigers to the BCS National Championship in 2003 and the Alabama Crimson Tide to BCS and AP national championships in the 2009, 2011 and 2012 seasons, making him the first coach in college football history to win a national championship with two different Football Bowl Subdivision (FBS) schools since the inception of the AP Poll in 1936. Saban and Bear Bryant are the only coaches to win an SEC championship at two different schools. In May 2013, he was inducted into the Alabama Sports Hall of Fame. Source: Wikipedia

Beyond Brilliant Greg. Beautifully done and Well done! Congratulations on your sale. GJR

Love how you've done this